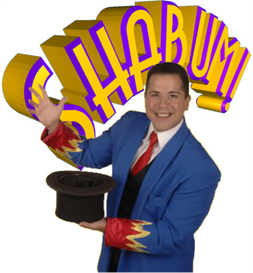 Manuel Soltero, better known as Shabum!, sold his series Tienda Magica to Telemundo. He also landed a distribution deal with Rose Entertainment after working with us on our Hit Maker Tour. His show is currently running on a Hispanic station called SOiTV in 15 states in the US and PR and he is closing a deal with Olympusat to air his new series in HD on two of their networks.

Monya Claborn and Claudia Reynolds attended our three day pitch crash course called the Hit Makers Summit. Within one week after the course, they pitched and sold their show The Living Rose to BlueHighways TV, which is seen on seventeen cable and satellite providers worldwide. Her show features celebrities such as Olympian/announcer Scott Hamilton, and has now been running for years. But after first working with us, they were stunned by their success and emailed us to let us know how much our training helped them achieve their dreams.

“Thanks to your pitch training, we sold our TV show to a network! We felt like we had our pitch down and that we could answer any questions that might come up. We obviously did a good job since we were in pre-production within a week after our pitch. Thank you Mark & Jeanne!”
– Monya Claborn and Claudia Reynolds

Doug Stanley is the longest-standing producer of Discovery’s Deadliest Catch, but he didn’t start selling his own shows until after working with us. His agents had given him bad advice. Once we re-worked his pitch materials and pitch, he started selling shows. Doug has sold 4 shows in 2013, Hell and High Water for MAVTV, Titan, American Monster and Tailgating in America.

He landed a huge distribution deal with Direct TV for a series of hi-end music events.

Doug also produced and landed the first PPV (Pay Per View event) ever run on Facebook.

The CEO of the Outdoor channel approved one of Doug’s shows and now the board of directors is voting on the deal.

“Immediately after working with Mark and Jeanne, I started making deals on my OWN projects. The most valuable part of the Summit was every single part of the Summit. As a TV professional, I was amazed at how much information I really didn’t know. Info taught in this course is not available online; it’s not available through my producer buddies. It’s just not available. Most people who have access to pitch TV shows don’t share their secrets. Mark and Jeanne share everything you need to know. I left 10 times more confident going in to pitch.
If you want to sell a TV show. You have to learn the game and learning the game is the easiest at the Hit Makers Summit. Through a lifetime in TV I’ve always wanted to have my show, my creation, up there on the screen. Mark and Jeanne, you guys are fabulous.”
– Discovery’s Deadliest Catch producer Doug Stanley

Brodie Wilkinson was a show runner for 7 episodes of a travel television show called Restless Josie. He landed an agent and sold the series to Tuff Television Network and Legacy TV. 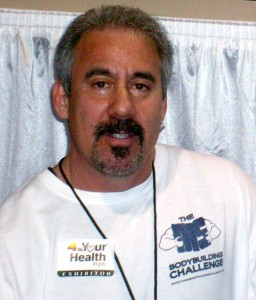 To ‘make it’ in the entertainment business takes a tremendous amount of creative abilities, developmental work and more know how than you can imagine. This journey has taken me down many roads to get to where I am today as the President and Executive Producer of Bishop-Lyons Entertainment, partners of mega giant ITV Studios. I now work with many top suppliers to the networks such as FOX Studios, Left Right Productions, Triage Entertainment and others. I have come to a place most with entertainment aspirations would dream to be.

At the beginning stage of entering into this industry, I decided to create an animated project called Creepers. I was told by many it was an impossible task with no prior experience. I reached out to countless producers, directors, animators and executives in the animation world to guide my way, only to find dead ends. No one would help. Then I met Mark & Jeanne Simon.

Instead of shooting me down like the rest, Mark & Jeanne encouraged me. They put their creative minds and development into my project and made my characters come to life in a way only Mark & Jeanne could. But they did not stop there. They secured production with the DAVE School and produced a pilot which not only went on to win over 30 international awards and accolades but also landed a distribution deal.

It has been 7 years since I met the Simons and I can say today, as I sit in my office in Los Angeles, that it was one of the highlights of my career.

Executive member Jim Trippon landed a distribution deal with The Television Syndication Company for his documentary on China.

“Thank you for your TV Pitch School CDs. They have been instrumental in us landing a content contract with Yvent & Roband for our sketch comedy series ‘Bent Pennies.”
– Steven Q. – Bent Penny Productions

Rhett Banning, owner of ItWorks, sold his series, Zig & Zag, The Ultimate Dog Challenge, to Animal Planet. Jeanne was at the pitch with him and we both helped him in development. It ran for two years.

Kim Jacobs is now the Daily Balance Expert on Charlotte Today, a live show on NBC in Charlotte, NC. She grew the concept of her own show, Daily Balance with Kim Jacobs airing on PBS, into a gig on an NBC series.

“You all are tremendous coaches.”
Kim Jacobs – Daily Balance with Kim Jacobs

Patti Thomas, creator of the animated series, Pond Scum, got an offer from DIC on her first pitch.

Leah Lockhart landed a development deal with PBSkids for her preschool show.

Jim Morris landed a development deal with a CNN anchorperson when he was on a Hit Maker Tour with us to MIPCOM in France.

Rick Brandelli’s script, Sunset Fire, written by our screenwriter Wayne Carter, has won in 9 out of 12 festivals and is now being considered by agents and TV stars.

Art Smith sold a reality show and got the show and two features funded.

“Thank you tremendously for the advice that you gave me during one of your seminars. I have been lucky enough to have 2 feature films and a reality show funded and sold. On a side note, though my schedule is getting busier and busier with various film projects and such, I thank you for your “email blasts” that keep us up to date ….thanks for your support!! If you haven’t yet joined their free teleseminar, I highly recommend it.”
– All the Best, Art Smith Jr.
Producer

Client Barbara Wurden’s pitch as the creator of the Handy Goddess, landed her on The Tonight Show with Jay Leno.

Clyde Santana’s pitch training led him to sell multiple scripts to the series Homicide while on our Hit Maker NATPE Tour.

Margaret Babish was at our Hit Makers Summit. She came to us with a pre-school idea that didn’t work and we helped her develop a much more personal series about her life called, Scarlet From the Ashes. She landed an agent, and Fox is currently setting her up with a showrunner in Hollywood.

Nicole Luikaart was offered a deal from Disney for her live-action kids show.

Richard Birchman and his series Hog Heaven expanded their local show into national syndication after attending our Hit Makers Summit.

We’ve had more than 25 deals on our own shows.

Mark pitched the 13 episode animated series Baldo (based on the comic strip) twice and landed a distribution deal with the Television Syndication Company with show creators Carlos Castellanos and Hector Cantu.
http://www.tvsco.com/international/catalog_childrens.html

Jeanne developed the Gen X Network for Turner Broadcasting, along with all the programming. Ted Turner and Turner president Scott Sassa (soon to be president of NBC) greenlit the network.

Mark pitched TV concepts based on the hit comic strips, B.C. and Wizard of Id to Johnny Hart’s family, who signed a deal with Mark to develop the series.

We sold Timmy’s Lessons In Nature to Dargaud Marina in France.

Mark worked with The Golf Network on the pitch for Donald Trump’s The Big Break, which has been on for 13 seasons.

Mark and Jeanne worked with Zebra Productions on the development of their series, Zig & Zag, the Ultimate Dog Adventure. Jeanne helped pitch the show to Animal Planet, which picked up the series and ran it for two seasons. 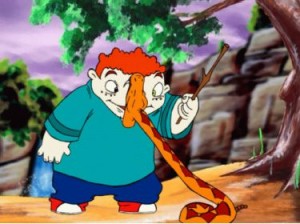 Timmy’s Lessons in Nature has appeared on Nicktoons and G4 and Comedy Central Mobile.

Timmy’s Lessons In Nature was distributed on DVD by Mellow Manor productions.

Three of our series, Hollyweird; My Wife is Pregnant; and Timmy’s Lessons In Nature had a distribution deal with Global Telemedia.

SpikeTV produced a pilot of our series, The Gamer.

Our pitch to MEGA Entertainment for the series, Suburban Cinderella lead to a deal for Mark and Jeanne to create a long-form series for MEGA based on an existing series of MEGA’s shorts, Bug Off/Buzz Off.

Timmy’s Lessons In Nature has had contracts with Fox Family Channel and Fox Network primetime.

Mark and Jeanne worked with Bill Suchy to develop his series, Mangrove Tree Hotel, which started production in 2009 for multiple seasons.

Mark was hired to create a show based on the international hit series of toys, Bendos.

Mark landed a distribution deal for a series, Message From God, which he and Jeanne developed for Ravenmoon Productions.

Three of our series, My Wife is Pregnant; Timmy’s Lessons In Nature; and Hollyweird, are distributed by Fun Little Movies. We’ve also had distribution deals with Cyoshi Crucial, Mellow Manner Productions and CellToons.

Our series, The Troop was offered a contract by Alliance Atlantis.

Our movie-of-the-week, Operation Hostage, landed a contract offer from 20th Century Fox. We found the real-life story, bought the rights, developed the pitch. We were told by the Fox executive, while our agent was in the room, “That was the best pitch I’ve ever heard.”