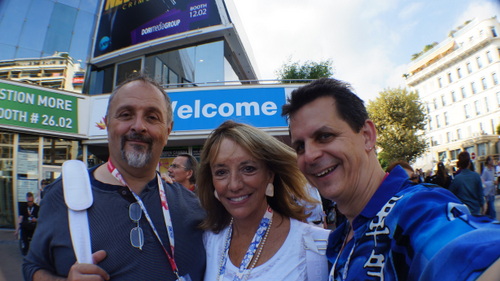 Jesse, Kristin and Mark take a break at MIPCOM to take a pic and enjoy beautiful Cannes.

Kristin Alexandre is on a mission. It started last year with her hitching her wagons to the Hit Maker Tour to MIPCOM in Cannes, France (pictured below with Dr. Jesse Cole and Mark), pitching her television series, “Gem City,” and has escalated to joining the Hit Maker Tours to both NATPE in Miami and Pitchcon in L.A. this year so far. Now she has two feature screenplays in her quiver, both adapted (and co-written by Wayne) from her books, “Gem City” and “Altar Rock,” and she’s hitting the American Film Market, which runs eight days this month in Los Angeles.

Kristin will not be satisfied until her story ideas become reality on the screens, small or large, and that’s exactly the kind of tenacity and persistence that ultimately pays off. She has more than 10 meetings with film financiers and execs booked at AFM, and that’s before it even officially starts. And she will doubtless make many more connections in L.A. with Mark also on hand, helping her.

A happy Kristin after set up pitch meetings.

Within the space of a little more than a year, she has gone from a film and television industry novice to a savvy competitor in the marketplace, learning to hone her pitch skills and networking ability for best impact. Expect to see at least one of her projects either in production or at your theaters before long. Selling novels on Amazon wasn’t enough, and that’s what we love about her as a favorite client. She has the fire. And it will ultimately blaze her way to glory. 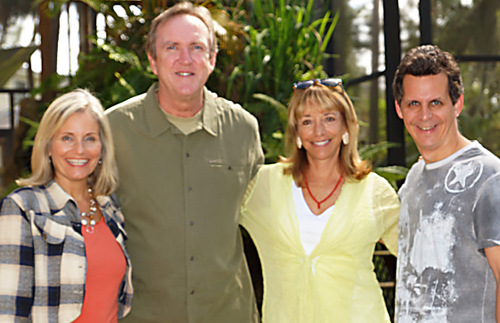 Jeanne, Wayne, Kristin and Mark at the Sell Your TV Concept Now studios.

Winter TV Conferences Will Rock Your World!
The Winter television conferences are coming. We shouldn’t have to remind you what that means. It’s prime season for pitching your shows, and the networks and cable stations are at these conferences on the hunt for the next BIG HIT. Your show could be one that gets snapped up. All it takes is being in the right place, at the right time with a great show. This is where TV show deals are first hatched. 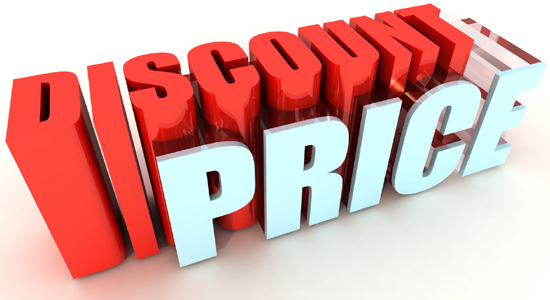 Call 407-351-0893 or
email: team@www.sellyourtvconceptnow.com with CODES in subject line and leave your name, number and a best time to contact.

Besides being a great time to take advantage of our exclusive discount on registration, it’s also smart to get a head start on making your travel plans. And once you know you’re going, you’ll want to think about joining our Hit Maker Tour group, where we mentor you directly on site to get the most out of the experience. Sharpen your pitch, and help you make more network contacts than you ever thought possible. Strategize who and where to pitch and how to follow up. We’re there to help you do it all.

For scripted dramas, sitcoms, and sci-fi…
Your best bet is NATPE Market and Conference, National Association of Television Programming Executives, in Miami Beach, Florida, running January 27-29. Besides a spectacular setting at the iconic Fountainbleau Miami Beach Resort, this event attracts plenty of movers and shakers, and not just the ones speaking at events, or officially on hand on the convention room floor. One of or Hit Maker Tour members scored an agent and top level meetings in L.A. for her show and got an offer by working the events and making more than 400 personal contacts.

Use our exclusive promo discount code and save $200 on NATPE registration.
Call us at 407-351-0893 or email team@www.sellyourtvconceptnow.com and give us your name and phone number and best time to contact you. Put CODES in the subject line.

Again, we have a Discount Code:Discount price image good for $200 off the registration rate for Kidscreen ($1,350 instead of $1, 550). Call 407-351-0893 and leave your name, number and best time to get back to you and that you want the code. Or email: team@www.sellyourtvconceptnow.com with “codes” in subject line.
Both Mark and Jeanne will be attending Kidscreen this year, so this is an optimum chance to take advantage of that Hit Maker Tour and get TWO mentors for the price of one at the conference to help you market your show.
What is the Hit Maker Tour?
“It’s the heart and soul of our business. It’s getting you in front of network executives and pitching with absolute confidence.”
– Jeanne Simon 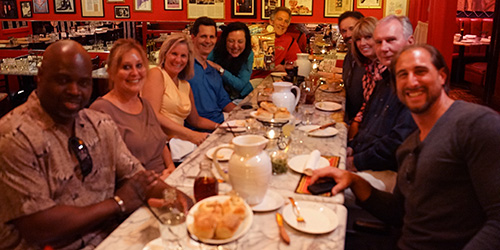 The Hit Maker Tour provides pre-conference material reviews and pitch practice, and on-site mentors to make sure you get the most
out of your conference investment. Call 407-351-0893 for more info or
email team@www.sellyourtvconceptnow.com 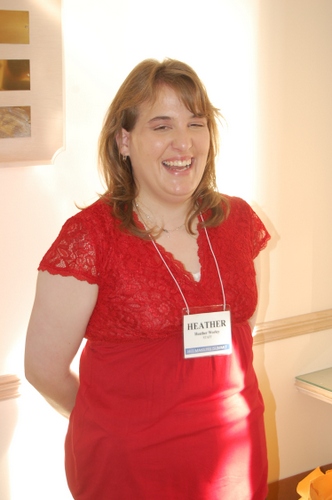 Heather…never seen without a sunny smile.

Here’s our chance to sing the praises of an unsung hero at SYTCN; our assistant, Heather Worley.

Heather WorleyHeather’s been working with Mark and Jeanne since August, 2007 doing everything from fulfillment services to helping coordinate Hit Maker Summits.

She was born in Decatur, Alabama and graduated from Auburn University with a degree in studio arts and art history. Her passion has always been animation since she first saw the Disney film classic, “Robin Hood” around age six, so it’s no coincidence she ended up in Orlando pursuing work with Disney.

Her gig, when not working with Sell Your TV Concept Now, is working as an Academy Artist at Disney Hollywood Studios at the Magic of Animation attraction teaching animation techniques and character drawing to guests of Disney World. It’s a dream assignment, and she loves hearing the guests’ stories.

It was a Disney college program that first led her to the Simons, talking about their mutual interest in animation and storyboards. Mark’s name came up as a local storyboard artist and author, and Heather ran straight to the book store to buy his storyboard book. She found his website, called him up and learned he was giving a lecture at Mega-Con, a comic convention in Orlando. She went to the lecture, signed up for more information, and later volunteered to help out at their Hit Makers Summit. She became so indispensable, she’s worked with them on a part-time basis ever since.

Heather attributes working with the Simons to giving her the courage and drive to overcome her innate shyness and pursue her passion with more conviction than ever. This conviction has led her to propose a volunteer program to her Disney managers that she spearheads – drawing Disney characters for kids in pediatric hospitals to brighten their days. Having spent time in hospitals in her youth with severe allergies, she understands just how much children in that environment appreciate something to brighten their days. She calls the program “Creating Smiles with Heart,” and has helped recruit other entertainers, including jugglers, to the cause, and hopes through her continued skill development with the Simons to eventually document the program and promote it more broadly.

“I’m still a work in progress,” Heather admits, “But I’ve already seen a lot of my dreams come true. The day that I received the Walt Disney Legacy Award in 2011, Mark and Jeanne were among ones I told the day I found out. Obviously, my mom and dad were the first; but they were the next ones I told.”

As Jeanne describes her, “Heather always does a great job, but what makes her exceptional is her ability to brighten anyone’s day with her buoyant and sunny disposition. She’s an invaluable member of our team.”

We know that Heather’s heart is not only big enough to create smiles for countless Disney guests and hospitalized children everywhere, but to get everyone chortling with the same infectious giggle she fills our offices with every week. Thanks, Heather! 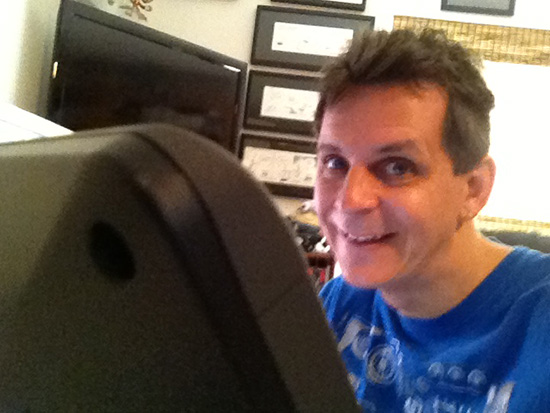 We mentioned last month that Mark was heavy into production on a music video for a rock band. He’s still not allowed to share any proprietary art details or designs, which are tightly under wraps. But he can feature a shot of him working on it in stealth mode!

Wayne just did a script revision for a client on an animation project called “Thunderbolt Boomerang,” which is geared toward kids ages 6-9 and features rock musical numbers, space travel, and shape-shifting characters. Plenty to grab the attention of any kid with a short attention span.

There are certain words that cable networks go back to again and again to use in titles of shows. Just as how Search Engine Optimization (SEO) works using particular words to maximize internet traffic to a particular site, industry research has been used to determine the words with the most wow for memory or impact in a television title.

This information is one of the revelations in Nicola Lees’ book Greenlit: Developing Factual / Reality TV Ideas from Concept to Pitch.

Does your show contain any of these words in combination with other words of your own choosing?

Or maybe you can just name your show, The Big Quest to Attack the Dirty Wild Weird Dangerous and Bizarre Ghost Before We Are Haunted Jacked Up and Destroyed So We Can Warp Our Way Back to Eden.

Netflix has surpassed HBO for number of subscribers, which now exceed 40 million. And with the move into original content with shows such as “House of Cards,” and “Orange is the New Black,” CEO Reed Hastings’ stated goal that Netflix, “wants to become HBO faster than HBO can become Netflix,” is more true than ever.

Hastings also says Netflix expects to double its spending on original content in 2014. His optimism is no doubt fueled by the success of more than 14 Emmy nominations for shows such as “House of Cards” and “Arrested Development,” which have also had an impact on subscriber increases.

Netflix’ success will only drive more providers such as Hulu or Amazon to pursue original content as a way to boost traffic and subscriber revenue. So continue to add these avenues to pitch your content at NATPE, Realscreen and Kidscreen this winter.

And, if you’re like us, one of the main attractions of buying your favorite films or shows on DVD or Blu-ray are the extras that go into details on the making of the film or series.

But what’s going to happen to all those wonderful ‘Making of”extras as the studios continue to wean away from hard media on discs and the main features are streamed by themselves?

Here’s the site, check it out:
http://www.youtube.com/user/makingof

Ever wonder what a day in the life of a Storyboard Artist is like? Mark shows you in this video he prepared using the new Wacom tablet he has been test-driving:

Mark and Jeanne are both in Los Angeles for several meetings and events, including the U.S. – China Summit, Animation World Summit, Creative Talent Network and American Film Market. Details of their Fall harvest in the December newsletter!
November 17, 2013By nalado_tvNewsletters