May comes in like a breather for us in between the hectic preparations for last month’s NAB Pitch TV Bootcamp in Las Vegas (see our photo report below) and next month’s important television conferences at Banff World Media Festival and Realscreen West (yes, we have tours to both). So let’s take a moment to look back, look forward, and also to appreciate the promise and joys of Spring (yes, we have adorable baby bird shots). 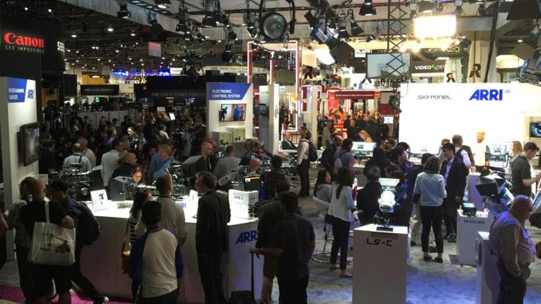 100,000 eager curious strong. That was the attendance for this year’s NAB Show, the premiere showcase for broadcasting production technology and services this year at the Las Vegas Convention Center. One of the biggest showings ever. And also proof that the industry is strong and growing, and
the money was flowing (and not just to the house from the crap tables). 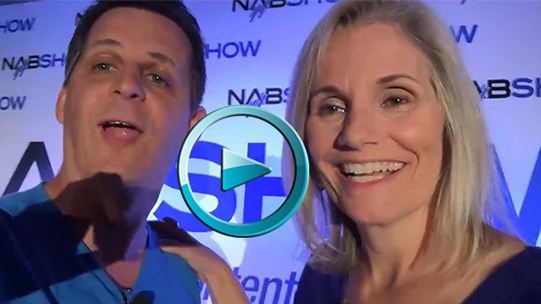 Mark and Jeanne’s Pitch TV Bootcamp was a big hit, as well, packing the conference room with a very enthusiastic and interactive crowd. Take a look with this quick clip. Just click on the image below to take you to a very short video spin of the bootcamp room. 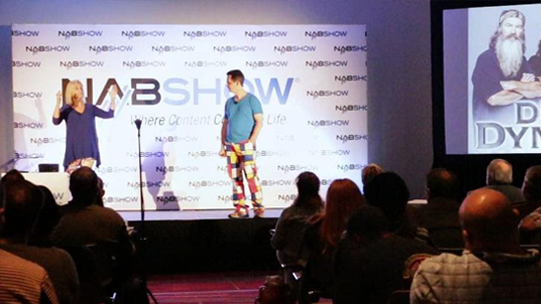 Here’s Jeanne and Mark on the stage setup for the bootcamp experience talking about what elements work best in a reality pitch – content or characters. You can guess the answer from the example on the screen right. 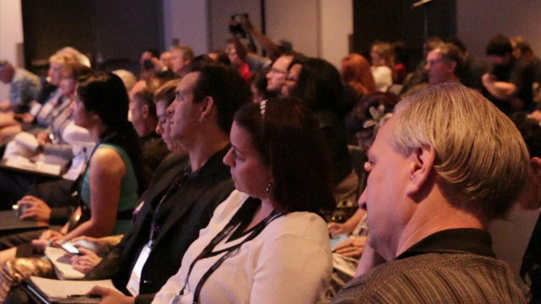 The attendees were a mix of all types of people with show ideas, many of whom are in the very early stages of development for their projects, but all of them attentive, energized and interactive in the experience. 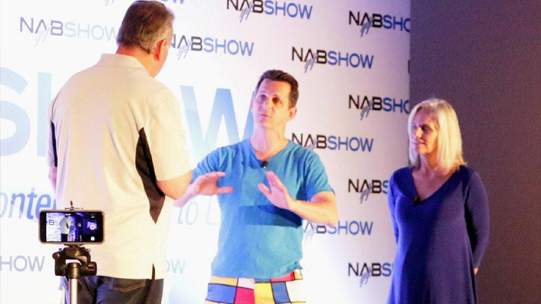 Here, one of the attendees is trying out his pitch to Mark on the stage. Sometimes the best example of how a pitch works or doesn’t work is to just go for it and get a great critique in a situation where the only thing at stake is improving your pitch before you take it to the real meetings that count. 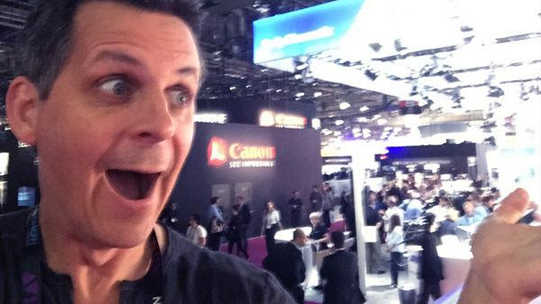 Mark was all agog like a kid in a candy store with the new technology and toys on display for producing broadcast quality video – so much of it is now cost and control accessible to anyone who wants to create professional content to promote or market their vision or skills. 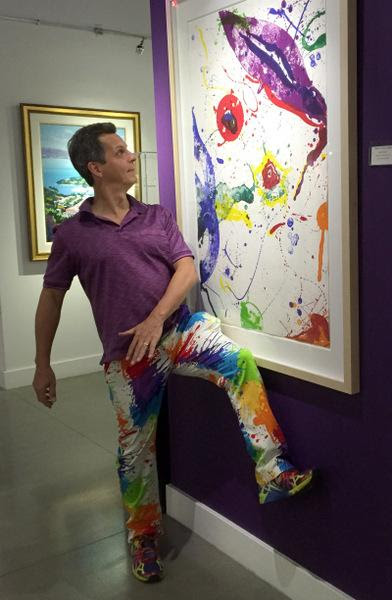 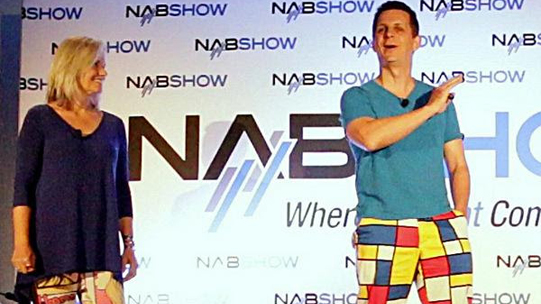 pants or did Mark’s pants spill inspiration into the artist’s muse for this painting on the right? You tell us. Or perhaps Mark is auditioning for a runway role in Zoolander 2 with Ben Stiller.
We think he nails it, hands down, or in the pants. 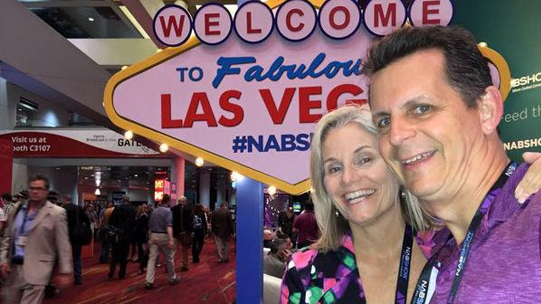 “I was really happy to finally meet so many of our Western clients who came to NAB SHOW 2015 just to take part in our Pitch TV Bootcamp. The session went an hour longer than planned mainly because we had so many willing to come up on stage and pitch their shows. It was fantastic and we hope to do a day long seminar next year.”
– Jeanne Simon 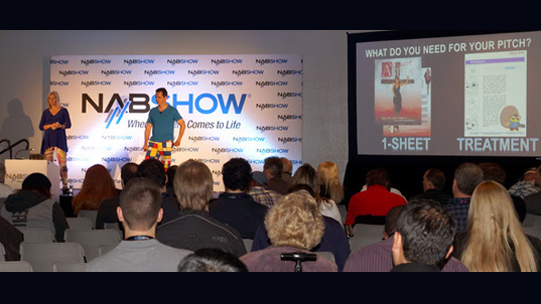 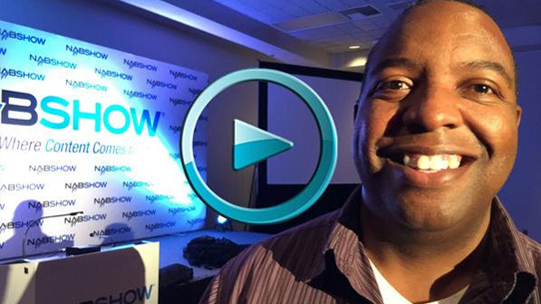 We’ll end this short photo journey to the Pitch TV Bootcamp with a very enthusiastic testimony from one of the attendees. See the rest of you there next year!

There’s only a month left until the two most important television conferences of the summer – Realscreen West for all non-fiction or reality shows running June 1-3 in Santa Monica, California;

… and Banff World Media Festival for all types of shows running June 7-10 in Banff, Canada.

It’s not too late to join one of our Hit Maker Tours to either of these conferences. Training has already started, but the sessions are recorded and you will have complete access to those replays, as well as all member resources once you sign up. 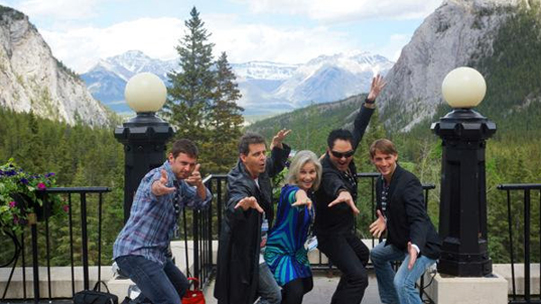 For those attending Banff (check out the view, right), Mark will be a featured speaker on the first day, giving a talk about “How to Make the Most of Your Pitch Opportunities.” Be sure to look for it if you are attending the conference. Tour Members will be getting much more in-depth training on the topic, as well as private executive meetings and personal introductions from Mark and Jeanne to execs at Banff (as well as Realscreen West). 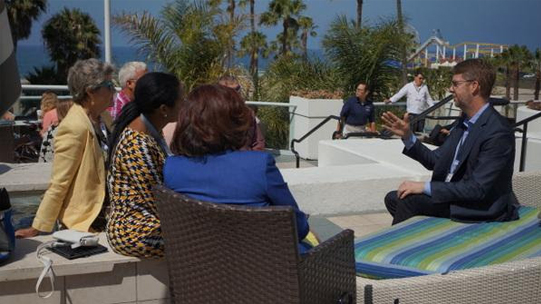 Any past Tour member will tell you that the absolute best way to take full advantage of the opportunities at one of these television conferences is to go with an experienced guide and mentor who can point out WHO you need to meet, WHAT you need to say, and HOW you can directly meet them, including those all-important introductions and exclusive meetings (such as the one pictured here with Chris Linn, sitting right, President of truTV at last year’s Realscreen West).

Once again, here’s a link to the full page with all the details on how to join the Hit Maker Tour for either Realscreen West or the Banff World Media Festival.
Hit Maker Tour Details and Registration HERE 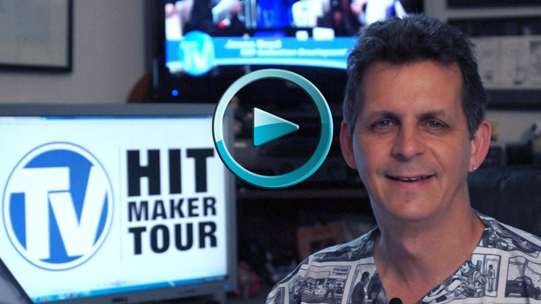 Check out this video from Mark to get you pumped! Just click on the image and it will take you to the YouTube video.

RIch Collins, one of our Hit Maker Tour members to Kidscreen Summit in Miami this past February made a key connection at the conference for his sci-fi adventure kids animation project Raegan and RJ. He is so over the moon on this development, we thought we’d share a little bit of his enthusiasm here. 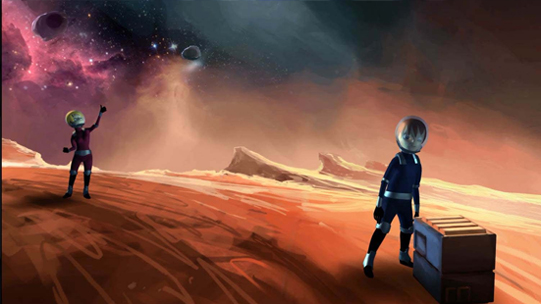 “You will not believe this story!!! What are the odds??? I couldn’t have done it without you!!!!

“At Kidscreen we had breakfast with a man who owns an animation company. I gave him my one sheets because you guys said to just pass them out. He gave them to his buddy who co-owns another animation company and he really liked Raegan and RJ!

“He told me he has this idea that he could do very simple 3D animation of existing graphic novels, and offer that service to companies that have graphic novels.

“He said he has been thinking about this idea for a long time, but never really had the opportunity until his buddy handed him my one sheets last month.

“He said Raegan and RJ is perfect for what he needs 🙂 🙂 🙂

“So he did the attached script and demo for FREE.

“I just wanted to let you know this never would have happened without you and your amazing team!!!” 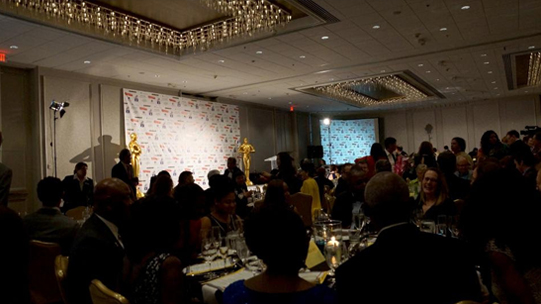 This was the setting at the WorldFest Media Awards in Houston last month, where Mark journeyed back to his home state of Texas to accept a Gold Award for directing the animated short The Key. 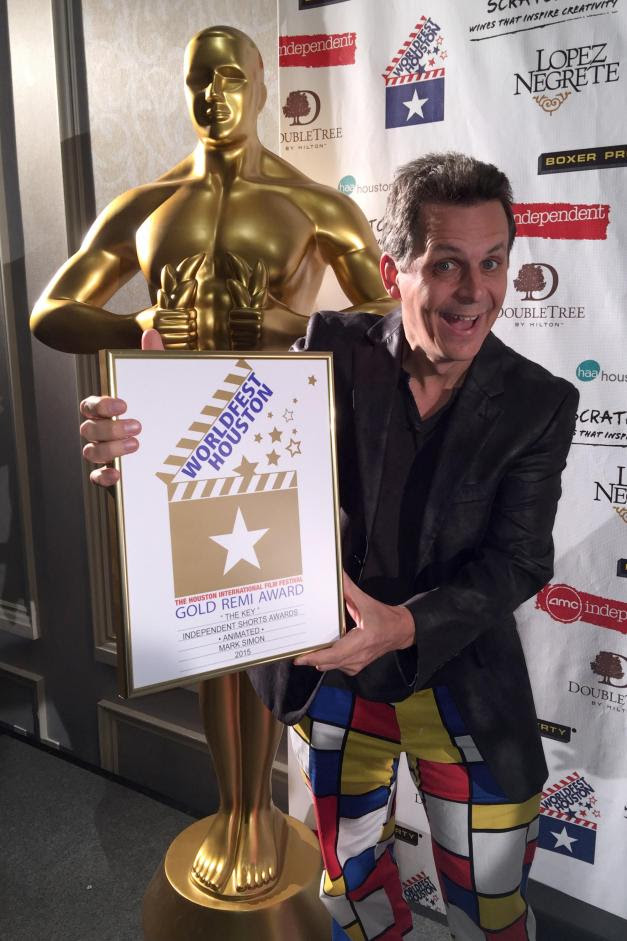 The Key combines 2D and 3D elements and effects and was designed to showcase Toon Boom’s animation software. Willie Castro collaborated with Mark on character design, and Humza Kahn did the concept painting. The story revolves around a tussle between a young man and his grandfather for who gets to take the family hot rod out for a night on the town. 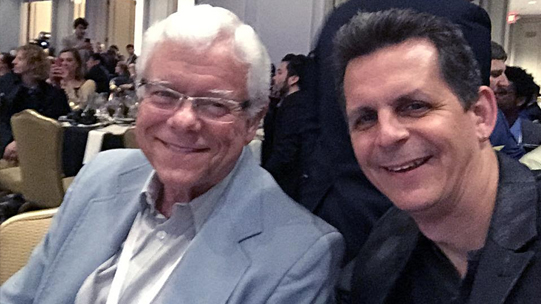 The award was even more special because Mark got to share the experience with his own father (above), who no doubt recognized the inspiration for this pedal-to-the-metal story from his own experiences dealing with a hot to hot rod son.

Who’s that knock knock knocking at our chamber door (well, outside Jeanne’s office window, actually)? It’s no Raven. But it is one cute momma bird and her babies, and we couldn’t resist sharing these pictures with you as the perfect embodiment of Spring and fresh beginnings. 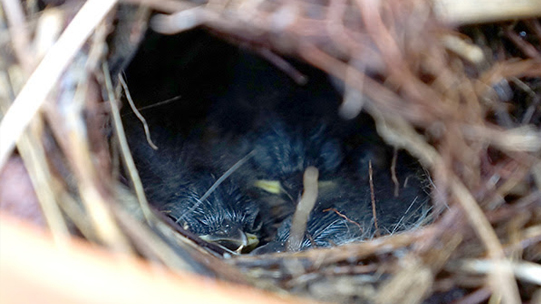 Perhaps one of our astute birdwatcher readers can identify what type of bird this is. Post the correct answer on Our Facebook Page to win our First Annual Spring Birdbrain of Glory Award! 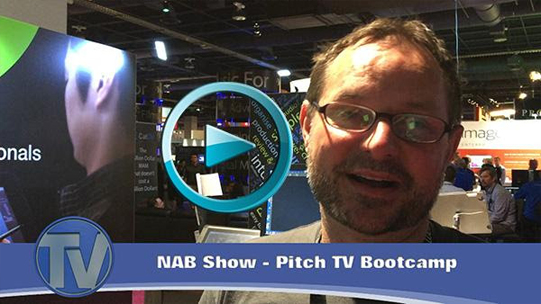 We couldn’t resist one more video testimonial about the Pitch TV Bootcamp at NAB Show, this one from Joe Sliger, a professional colleague. Again, just click the image to take you to the YouTube video.