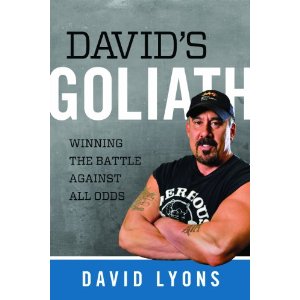 One of our good client friends has made the big leap from a seller to buyer, and will be taking pitches at Pitchcon this month in Los Angeles.

David Lyons of Bishop-Lyons Entertainment has several shows in production, others in development and a new book out. It’s quite a remarkable full plate, made even more remarkable considering David was previously diagnosed with MS, the same cripplin g disease which took Annette Funicello’s life recently. David’s new book, “David’s Goliath: Winning the Battle Against All Odds,” details his determination to overcome the disease through his faith and his will, not only growing more successful in the entertainment industry with a crazy production schedule, but growing physically stronger by entering bodybuilding contests. It’s an inspiring story, and one that should put to shame so many of the “I can’ts” we all say or hear about why some goal or achievement is beyond our reach.In David’s own words, “The whole idea of the book is to encourage people to show them there’s no obstacles that they can’t overcome. There’s no giant too big. You just have to go after it, defeat it, and move forward. Always look for the victory, never look for the defeat.” 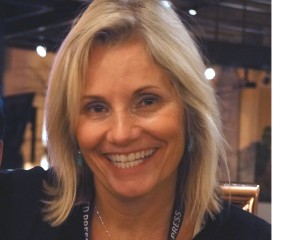 This is a message from Jeanne Simon.
We get many emails and calls from people every day who are stuck. They’re stuck because they have an idea for a TV show and they’re not sure if it’s good enough to be on TV. They want me or Mark to look it over and let them know if they should put the money and time it takes to get their show on TV.I totally understand why you want to get an evaluation of your show and that’s why we came up with our newest service: TV CONCEPT EVALUATIONS.This opportunity is perfect for you if…

The biggest unknown with any new idea is… will it fly? Does it have a chance to succeed at a big level?

This is your chance to get CLEAR and to BE CONFIDENT about the choice you make about your TV concept whether it’s to drop it or move forward.

FEE: $500 with a FULL REFUND GUARANTEE
(If I fail to give you a clear plan of action by the end of the evaluation, we’ll send you a check for $500.)

May 9-10, Beverly Hills, California.Pitchcon. A TV conference right in the heart of the industry where you can pitch directly to execs and agents, rub shoulders with people who drive the industry, and get up to speed on what’s selling, and how you can position your show to sell. Yahoo! is going to be there looking to get into the game of original content for online, as well. Plus, Mark and Jeanne will both be there, mentoring Tour members and overseeing the “Hollywood Player Pitch Contest.”Register for Pitchcon at: http://pitchcon.org/pitchcon-is.html

June 5-6, Santa Monica, California. Realscreen West. A TV conference focusing solely on the hottest trends in reality television. Every major buyer of reality programming will have some representative here. Agents will be there. The demand for new shows in a 360 day season cycle is relentless. You can’t crack that vault open without taking a shot, and this is the place to do it this summer. And it’s not too late to get on board the Hit Maker Tour to Realscreen West. 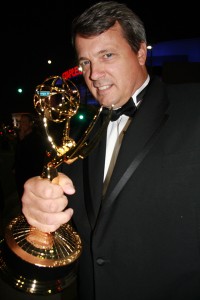 Register for Realscreen West at: https://west.realscreen.com/2013/register

Or get on the Hit Maker Tour to Realscreen West. The producer of the ground-breaking, Emmy-winning, number one reality show for years, “Deadliest Catch,” will be your on-site mentor, showing you the ropes, who to talk to, who’s wasting your time, what to say, how to pitch, how to follow up. It’s a master class directly in the location WHERE SOMETHING CAN HAPPEN.

For more information go to: http://www.sellyourtvconceptnow.com/hit-maker-tours/

Mark and Jeanne are full swing in last minute preparation for the “Hollywood Player Pitch Contest” they are producing in partnership with NATPE for Pitchcon coming June 5-6 in Los Angeles. There were more than 60 entries that came in before the deadline, and the stakes are high for a grand prize that includes four one-on-one meetings with industry execs who can buy your show.Mark and Jeanne’s clients make up 30% of those who made it the semi-final round. All entries were scored by judges who were completely neutral and Mark and Jeanne had no say at all. Congratulations to all of the semi-finalists and good luck in the finals!There’s an article in the Hollywood Reporter talking about Pitchcon and Mark and Jeanne producing the contest. Check it out: http://www.hollywoodreporter.com/news/producer-oliver-goldstick-keynote-pitchcon-448446 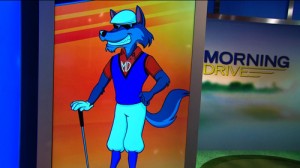 May also features the premiere of Mark’s animated character “Wolf” on NBC Universal’s Golf Channel show, “Morning Drive.” Let out a howl when you spot the character. Jeanne, besides co-producing the pitch contest and preparing clients for both Realscreen West and Pitchcon, is feverishly putting together new features, offers and programs to maximize the impact of our training programs for our clients and for their shows to sell to network execs. You’ll be seeing some of these exciting new features soon.Wayne just finished the script for a commercial for HealthPlan Services, which consolidates services for many of the major insurance carriers, as well as information for their customers. The spot is being produced by MediaSharks out of Tampa, Florida and should be airing in the near future. 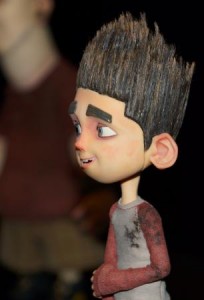 Here’s an excerpt from Mark’s latest article on the Animation World Network website. Inspiring the Next Generation of Animators Do you remember the first time you were inspired to work in animation? Was it a moment, a person you met, or something you saw?I always loved animation, but it wasn’t until I was 16 when my father introduced me to the owner of an animation studio in Houston and I got to tour his studio when I realized I could have a career in animation.

My 13-year old twin sons Luke and Reece have been around animation all their lives. They’ve always expressed some interest in being artists, but I never noticed any desire to work in animation. But I watched both boys get inspired by it recently. I was speaking at the Citruscel Animation Festival in Jacksonville and I brought my family.There was a presentation from Laika, one of my favorite stop-motion houses, which is now using 3D printers to create extraordinary face replacements for their characters. But seeing the engineering behind the heads was amazing. Norman’s head (from ParaNorman) alone has more than 70 parts.During their presentation I looked over at my boys and they were both leaning forward in their seats with interest. When the presentation was over, my boys looked at me and said, “Wow, we had no idea so much went into making animation.” I sat there with my mouth hanging open as if I hadn’t spent their entire lives talking about every aspect of animation. Oh well. At least they get it now. 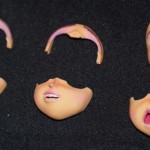 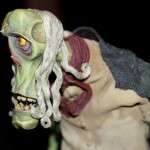 After the festival was over, we were talking about what the boys liked most from the weekend.“I loved the Laika presentation,” Reece said. “I had no idea that stop motion was so complex. The way they created the faces and even the skin tone was amazing.”It really struck Luke that it takes 50 hours to animate just four seconds of stop motion-animation and that doesn’t include any of the prep time. “I always thought of animation as just hard work, but the Laika people showed me that you can have lots of fun and that it all pays off in the end,” Luke said. ”You could tell that the pe ople from Laika love their jobs. It shows on their faces.” 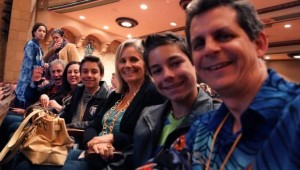 Reece agreed, “Animation interests me because it has art, engineering and fun. It’s a career I’m now considering.”Oh be still my beating heart!We’ll see what happens in the future, but this one event may have helped shape their future and inspire a new crop of animators. So bring your kids to your geeky events. It can rub off, especially when the info comes from someone other than just mom or dad.Who or what inspired you?
***
See the entire article at:
http://www.awn.com/articles/people/mind-your-business-inspiring-next-generation-animators/page/2%2C1

Amazon has entered the pilot game in a big way, producing 14 pilots out of more than 4,000 scripts they received when they solicited ideas directly through their website, as well as established corridors such as Hollywood agents. Amazon did not follow the Netflix template of employing user research data to target a specific type of show such as House of Cards, but shot wide with their approach. Pilots run the gamut from Browsers, a musical comedy about four professionals starting their careers at a news website, to a political drama Alpha House by Doonesbury creator Gary Trudeau following a group of senators (including John Goodman) living in a rented house in D.C., to a series pilot based on the hit movie, Zombieland.The unique thing about Amazon’s approach to choosing which pi lots will actually go to a full series is they are posting all 14 pilots on the Amazon website in a section called “Prime Instant Videos,” and are asking viewers to provide feedback, which will help guide their decisions. This adds a viral approach to building momentum and a fan base for one potential show or another and, if it’s successful, we’ll see more providers use this approach, and we’ll see even more opportunities for diverse pilot ideas to come directly from the marketplace.Go to the website to see these pilots, provide your feedback, and to help get you motivated to get your project ready to pitch when Amazon comes back for more. You have to be an Amazon Prime member to participate, though. Always a catch, right?

Yahoo! wants to get into the act as well and will be at Pitchcon looking for series ideas to pick up to air online. So, if you’re going, can we hear a Yahoo!

Mark, no shock, has had little time to catch up with all his regular viewing schedule other than The Daily Show, but he has been watching some of those Amazon pilot programs on Amazon Prime Videos. He caught Alpha House, which he describes as a well-written, well-cast, dark, political humor piece. And he watched the pilot for Supanatural, which he says is an edgy, black chick adventure version of Indiana Jones with an attitude that would fit perfect on Adult Swim. He says he’d watch both of these series if they get picked up.Besides the current flagship HBO and AMC originals, Game of Thrones and Mad Men, Wayne has been revisiting the surly, profane, glorious town of Deadwood, which lasted a far too abbreviated three la ndmark seasons on HBO. Writer/creator David Milch came up through the ranks of TV writer immortality on NYPD Blue, but this was his true masterpiece: A western about a gold rush mining community going through the violent birth pangs of evolving into a functioning community, much like the very origin of America herself (another ongoing process). Some viewers got stuck on the shows’ profanity, forgetting these were uncouth prospectors, whores, and entrepreneurs and that the real town of Deadwood actually passed a law against obscenity because it was so out of hand. But once you do get past the ‘c—ks—rs” and “m—therf—rs”, you get profound and poetic dialogue, characters and story that rival anything Shakespeare put down. Seriously. And that dude was one awesome ‘c—ks—r.”