Happy New Year! And congratulations. We all made it to 2015, the same year Back to the Future 2 actually takes place. Keep your eyes peeled for someone zooming by on a levitating skateboard. Alas, it just might be another future prediction that didn’t come true. But we can predict you will have a great year if you follow your bliss and seize every opportunity to grab for your hopes and dreams. We’re counting on it!

She loves new people and embraces each one enthusiastically – often to the point of nearly toppling them over.

She has a voice like a rapper’s 20-inch sub-woofer that reverberates through the house like a sonic boom and can scare trick-or-treaters from a block away.

Her favorite food is… YES. And she says “Yes!” to rats, squirrels, moles, possums and lizards. Don’t be surprised to find a bit of that leftover lizard dribbling down her beard. 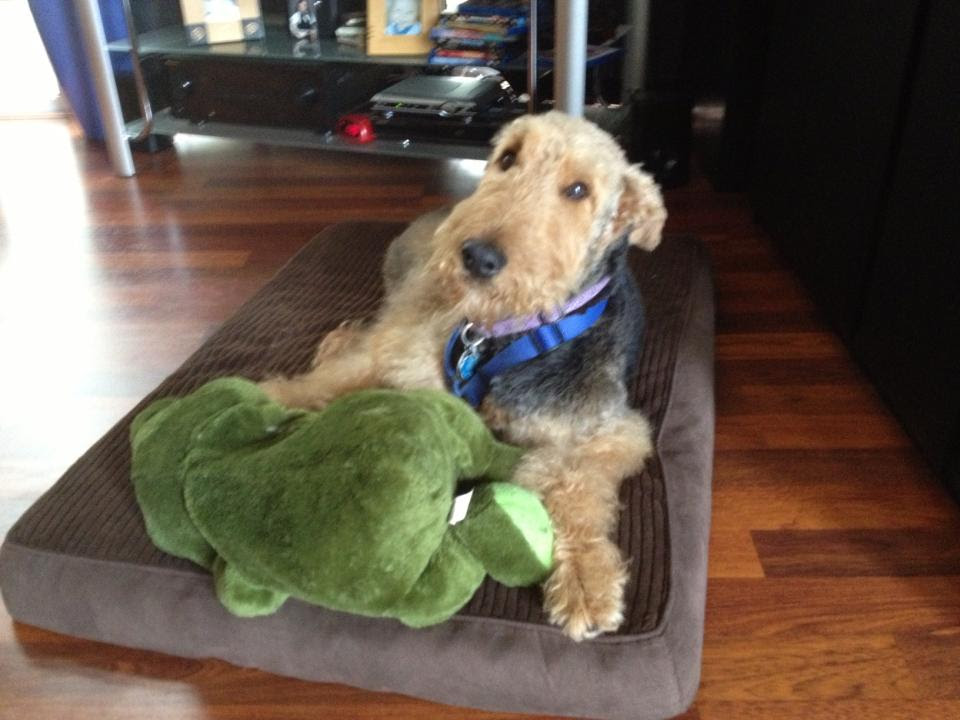 She once ate nine out of 12 raw lamb meatballs by the time Jeanne left the kitchen and returned moments later.

She ripped open and gobbled a dozen Kuerig coffee cups. She licked them clean and was later found ricocheting around the room for hours like a renegade pinball on rocket fuel.

She ate Mark’s father’s prescription heart pills and had to have her stomach pumped out. (We could have already told her she had a big and healthy heart).

She swallowed one of Jeanne’s mother’s hearing aids, stole her inhaler and hid it away somewhere in the yard like a bone.

Despite consuming all these things, she maintains a steady weight of around 60 pounds.

And we love her, anyway.

She’s our 7 year-old Airedale, Gracie. (Seen here with the only thing she hasn’t devoured yet… her favorite stuffed Froggy.)

And we hope your new year is filled with a certain four-legged family member or company mascot that you love unconditionally and provides you with hours and hours of entertainment and excitement… whether you want it, or not. 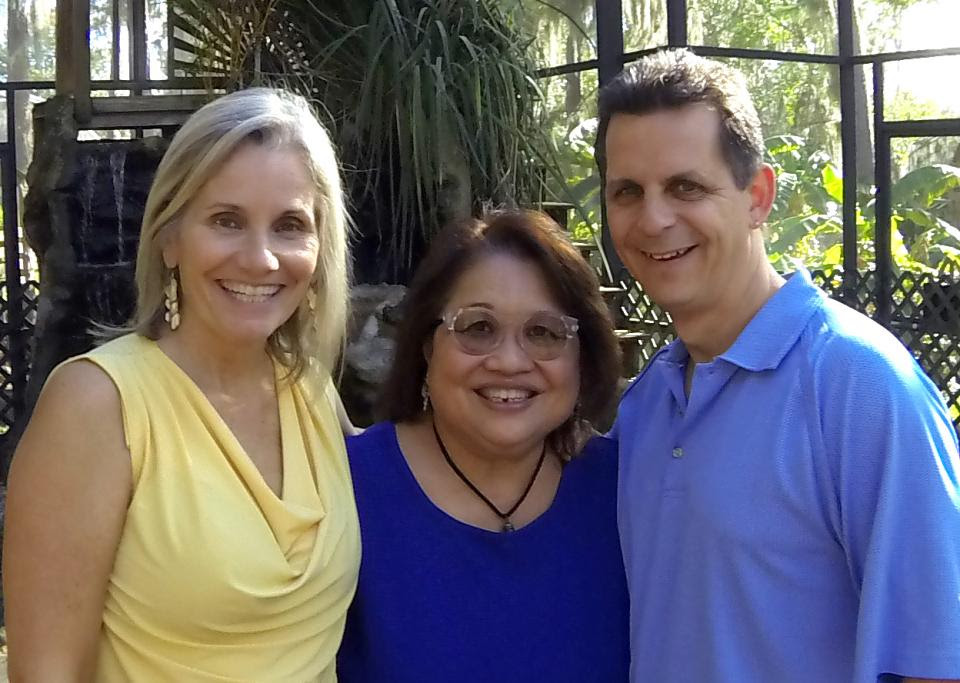 Narumal Bartone flew all the way from Thailand to work on developing her reality series, Elephants in Motion, a fascinating look into the contemporary and compassionate use of elephants in her home country for logging, transportation and other purposes, and where trainers (known as Mahouts) often bond with their assigned elephant for life. She’s joined the Hit Maker Tour going to the Realscreen Summit in Washington, D.C. later this month to begin pitching the series. Who doesn’t like elephants? 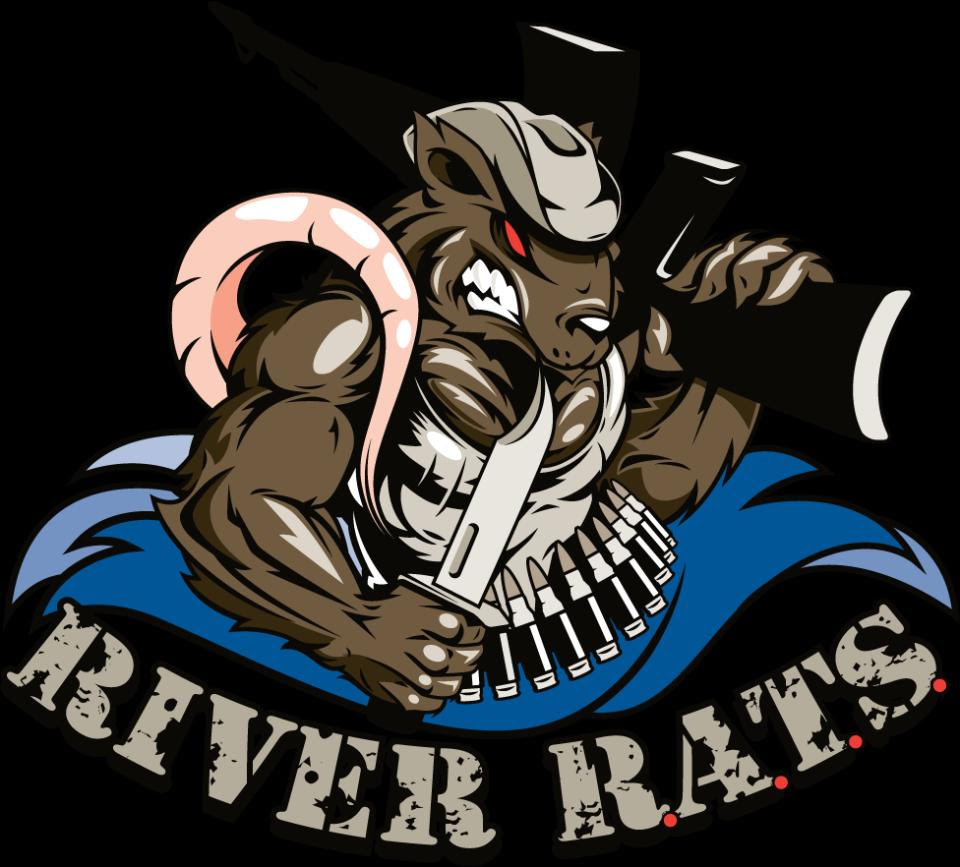 Wayne is currently scripting the pilot episode with Peter Dessak for Peter’s action adventure series, River R.A.T.S. Our team also worked with Peter on his treatment and Mark and Jeanne are preparing a one-sheet for him to bring along to NATPE, where he will be heavily pitching the series. He’s even had custom cards and T-shirts made for the series to create as much buzz and name recognition as possible. Since his is a scripted show, a complete pilot script is the perfect follow-up to the contacts and interest he attracts at the conference. It’s the first thing they’ll want to read after they like the hook of the show to get the tone, flow and characters of the series. We have high hopes for both these series.

Plus our team is also producing scripts, one sheets, treatments and character designs for clients in preparation for the Winter 2015 conferences.

Here’s an excerpt from Mark’s latest article for Animation World Network. Stand back as he flames Sony Pictures for their flip-flopping over the release of their film, The Interview. 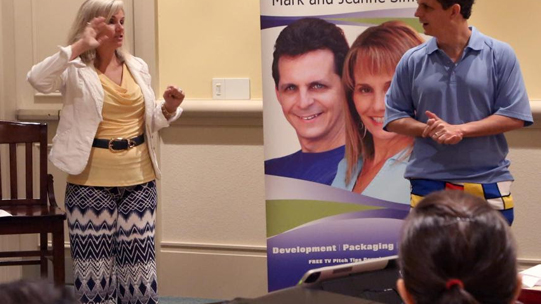 You can no longer say or do what you want in the United States. It’s already happened.

Do you care about the Sony hack? Do you care that Sony pulled The Interview from distribution?

You should. It has already affected every one of you.

To read the entire article go to:
http://www.awn.com/animationworld/mind-your-business-you-have-already-lost-your-freedom-speech-and-it-s-sony-s-fault

NOTE: Since Mark finished this article, Sony decided to release The Interview at limited theaters and online as a paid YouTube rental or purchase. We’d like to think free-speaking articles like this one helped add to the pressure.

TV CONCEPT EVALUATIONS ARE BACK

This year’s Hit Maker Tour members to the three winter television conferences (NATPE,Kidscreen Summit) come from all over the United States and even the World.

They have diverse projects ranging from pre-school animation to culinary reality to live action scripted series. 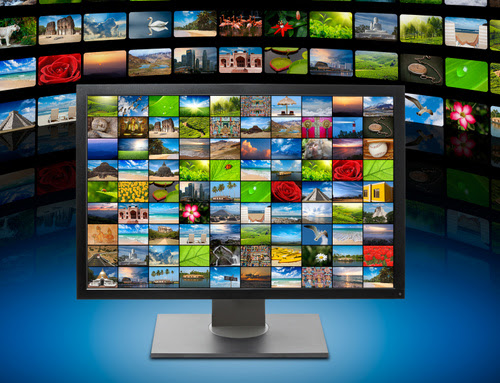 But the one thing these creators all have in common is the smarts to have started their journey preparing their shows with a TV Concept Evaluation. It’s the sure-fire way to get an expert assessment of the strength and marketability of your idea, along with a direction on how to develop that idea to make the most impact for a potential sell, whether through the conferences or direct meetings with network execs.

We’re happy to announce we have a process where we now book TV Concept Evaluations just two weeks out, so you never have to wait too long to get the right feedback and keep motivated to move forward on your project.

The NATPE television conference at the Fountainbleau Hotel Miami Beach is January 19-22, and here are just some of the VIP private meetings we’ve already set up for our Hit Maker Tour Members: 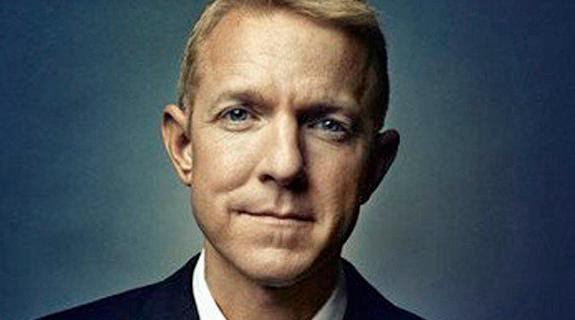 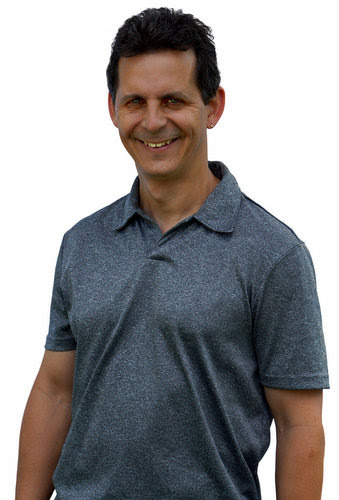 If you’re already going to the NATPE conference, be sure to mark down Wednesday, January 22 at 9:30 a.m. on your calendar. That’s when Mark will be giving his talk as a speaker on the topic, “What is more important in a TV pitch; the characters or the concept?”

Remember, some of the other speakers at NATPE this year include… Norman Lear (All In The Family), Jay Leno, Vince Gilligan (Breaking Bad!), Russell Simmons and Morgan Spurlock.

The Hit Maker Tour to Realscreen Summit is, January 26-30 in Washington, D.C.

Here are just some of the private executive meetings already set up for our Tour group during that conference:

It’s not too late to join us for Kidscreen Summit in Miami, February 23-26.

Some of the training has already occurred, not all. You would get those exclusive meetings with top execs, and get customized on-site training and mentoring PLUS contact help at the conference.

This April also brings the huge National Association of Broadcasters (NAB) conference to Las Vegas. This is the massive gathering of more than 90,000 industry execs, engineers, artists, camera men, studio owners and crew – the ultimate broadcast destination for your production needs.

NAB Show is moving more into the creation space and we will be there to help lead the way.

Sell Your TV Concept Now will be staging and hosting a half-day interactive “PITCH TV BOOTCAMP” at NAB SHOW 2015 to help you perfect your pitch.

We are super excited about this new offering at NAB Show and will be emailing you more information soon about how to register for the conference and the Pitch TV Bootcamp.

Combine the twist take moralistic master storytelling of The Twilight Zone with a dark reflection of the repercussions the latest technology is having on us, and you get the BBC series, Black Mirror. Prepare to be entertained and disturbed at the same time, which is exactly what anyone who likes challenging science fiction should desire. Wayne is hooked, and with only three episodes per season (plus a Christmas episode starring Jon Hamm), it’s easy to catch up with the whole brilliant anthology nightmare on Netflix. This one’s not for binge-watching though. It will take you time to recover from each episode.

But have you seen (in a warm tribute to the scandalous movie The Interview)… North Korean dictator and supreme leader Kim Jong Un being gobbled up in pancake art?

Click on the image below to take you to the video. 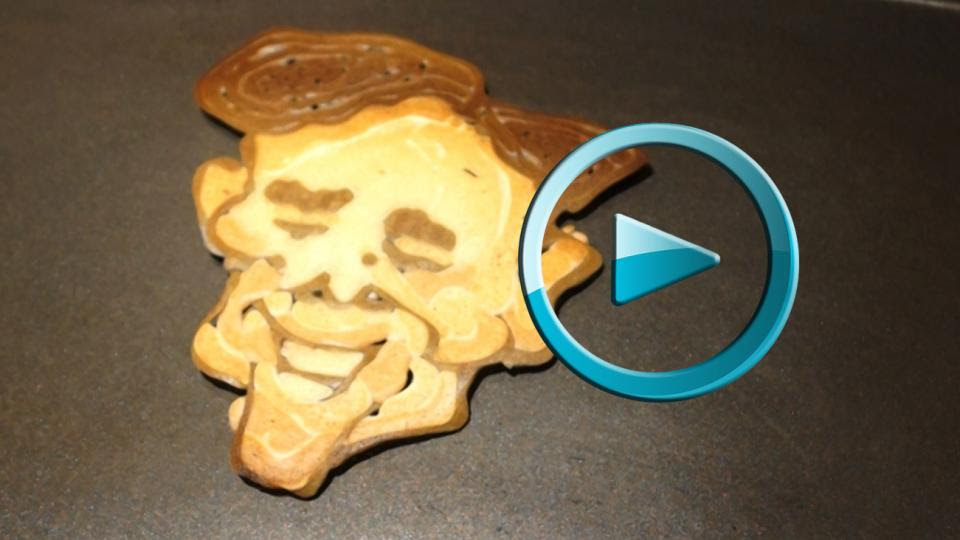 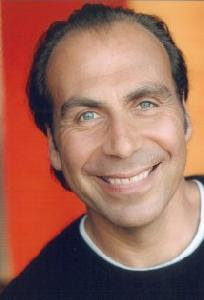 We’re very sorry to hear about the passing of actor/comedian Taylor Negron from cancer at the much too early age of 57. Mark remembers an encounter with Taylor from the 1980’s that he feels taught him a valuable lesson about Hollywood:

“When I first moved to Hollywood in the 80’s, Taylor had just starred in a movie, Young Doctors In Love, and I assumed he was on easy street. One of the first comedy shows I went to in Hollywood was at the Comedy Store on Sunset. Before the show, I had dinner across the street at a restaurant where the House of Blues is now. Taylor bussed my table. His movie had JUST been in the theaters a couple of years before, and here he was busing tables.That taught me to succeed in Hollywood you have to work consistently; that you don’t hit it big with doing just one thing. Lesson learned.”

Taylor Negron did go on to have many more successes in his career as a stand up comedian, regular on the 90s series The Hughleys, an actor performing on Broadway in New York, and countless guest appearances on television series for the past three decades, including Seinfeld. And he never stopped smiling. Even while bussing tables. Maybe it’s just as important we remember he was loved by so many celebrity friends and others for his attitude and his humility.