Mark and Jeanne just attended two major TV conferences last month, so we’re skipping the usual formats for this month’s newsletter to give you full up-to-date reports from the NATPE Conference and the sold out Realscreen Summit.

First, here’s Mark’s remarkable video he just put together; “A Day in the Life of NATPE” from dawn on the beach, to cruising the Fontainebleau Hotel, scoping out the booths, checking out some of the speaker shows, partying on a yacht, and closing out at a nightclub. You can get a lot of action in one day. Check it out. 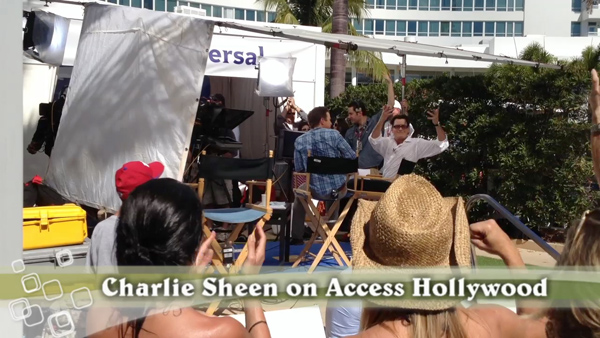 Mark noticed that NATPE was bigger this year than last year, featured more celebrities, and ran a lot smoother than its first return to Miami last year. Many SellYourTVConceptNow alumni were on hand at the conference and either recognized Mark by face or hearing his voice nearby (that’s not difficult), and stopped to check in.

Brian Veal, Maeve Pambianchi, Eric Weiss, Doug Stanley, Tom Antion were just some of our clientele family Mark touched base with at the conference. 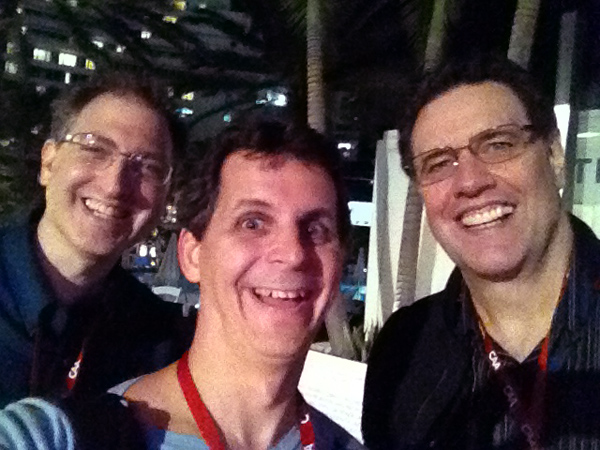 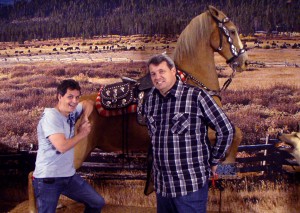 Mark also observed a couple trends that might be useful to show creators out there, including our clients:

One big trend in programming is the networks and cable stations are looking for ‘format’ reality shows, or shows whose basic format can be duplicated internationally to run in different countries with their own hosts, situations or contestants. Think in terms of simple formats that would cross borders and cultures; such as a dating show, or a unique game show. 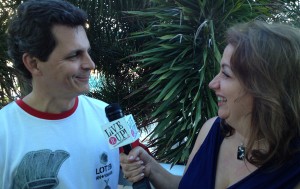 Another trend Mark noticed was that reality ‘contestant’ shows that by themselves can play internationally with high profile judges are offering much larger prizes than ever. You may recall The Voice topped American Idol by offering a $5 million recording contract. Fashion Star, which had a presentation next to the beach one morning, premieres on NBC on Tuesday, March 13 at 9 p.m., is a fashion designing reality contest now offering an industry deal worth $6 million.

And, in another remarkable development of synergistic marketing, the winning designer of the show will have their everyday-oriented clothing design collections that are featured in any episode available at Macy’s, H & M, and Saks Fifth Off the same day as the airing of that episode. This is a marketing strategy that had to be coordinated well in advance of the airing of the show. It’s basically the same idea as songs featured on American Idol being available on iTunes the same day; but this obviously required some more lead time to have those clothing collections available. Still, it’s a brilliant tie-in concept. And Ben Silverman’s company Electus sold the show in an additional 20 markets throughout Asia during the NATPE convention. 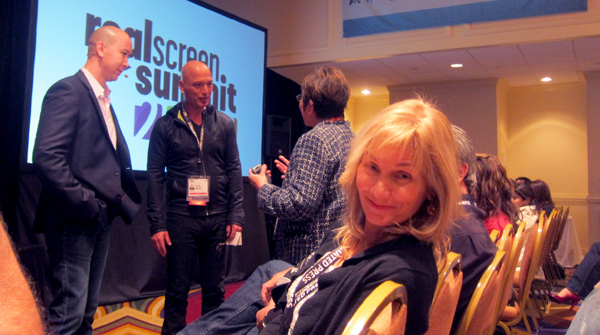 Realscreen was a real SMASH for Jeanne, our sold out Hit Makers Tour group and the ever-increasing profile of SellYourTVConceptNow clients.

The first big WOW came when client Michael Thompson’s pro athlete rebound show ReSet was chosen a finalist in the “So You Think You Can Pitch?” contest. This is a grand finale event of the conference showcasing only five elite selected projects out of scores and scores of entries to pitch before host Howie Mandel and four network development executive judges and an audience exceeding 1,200.

“The judges were brutal to all of the shows in the contest. I barely had time to nurse my black eye when a man with a German accent told me and Doug that he loved our show and he wanted to meet with us in the morning. I magically forgot what the judges had said and fully realized that all of us in the contest had won. Every one at the conference had seen our shows!”
– Jeanne Simon

The German exec that approached Jeanne and Doug was from a very large German entertainment company, ProSiebenSat.1 that owns 27 stations throughout Europe. They had a meeting that went exceedingly well and “ReSet” is on the agenda for the board of directors meeting this week in Germany. Many contacts were made with additional interested parties.

Plus, the sixteen Hit Maker Tour members and a dozen or more alums supported Jeanne and Doug with a loud chorus of cheers. 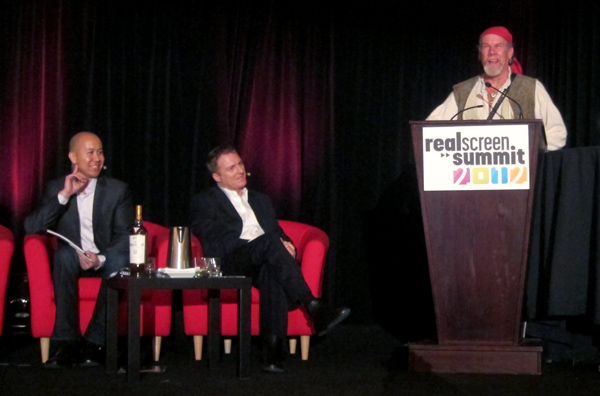 Another big coup for our team happened when not one, but TWO of our clients made it to the stage for this grand finale. Two out of six featured projects in the pitch show were SellYourTVConceptNow-developed pitches and projects.

If you followed our last newsletter, you know we worked with St. Augustine pirate ship excursion owner Gunnar Hedqwist to develop his reality show Mutiny On the Black Raven. Gunnar was at the conference along with head pirate Oly Mackeral (aka Bill LeClere) in full pirate regalia sitting in the audience during the pitch contest. The M.C. of the contest, Howie Mandel, kept making cracks about the ‘pirate’ in the audience. Finally, Mandel just impulsively invited Oly up on stage to deliver his own pitch. “You got two minutes, matey. Arrrg!” Howie offered. 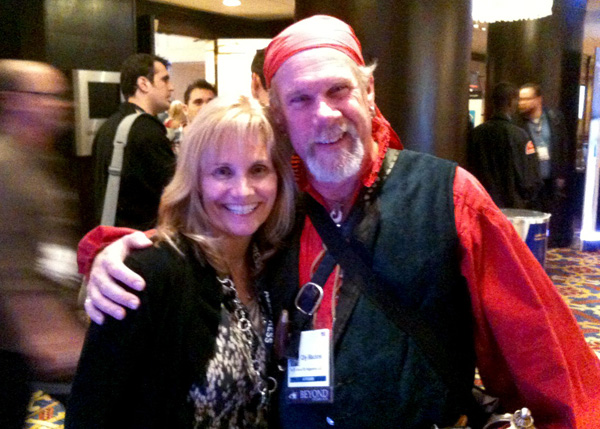 And Oly delivered. According to Jeanne, he hit it past the crow’s nest; delivering a high energy fantastic pitch for this behind-the-scenes series about the misadventures of a modern day pirate crew butting heads with their Swedish boss while entertaining every odd passenger or group who book the cruise. You couldn’t ask for a better publicity for the show at the conference. We know that TruTV tracked Oly down at the party later that night. We can’t wait to hear the other feedback the pirates received from interested attendees at the conferences.

PLUS, Oly got a glowing review in an article about the contest on the Producer’s Guild of America website…

“The most unscripted moment came when Howie Mandel invited a pitch from a would-be producer who attended the Summit decked out in pirate garb to bring attention to his show idea. He was a natural!”

Most wanted reality shows are those about a family business. The networks want them NOW. If you have a show like this give us a call and we’ll make sure that your show is ready to pitch at the Factual Entertainment Forum in LA this summer. This is like a mini Realscreen Summit also hosted by Realscreen Magazine. Call me at 407.351.0893.