The holidays are upon us, most of the country has already been blasted with at least one wintry snowstorm, the shopping days to Christmas are zipping by faster than Santa’s souped up sleigh, and Tuesday, December 16 is the first training session for our Hit Maker Tour members. .

Catch your breath, grab a hold of your jingle bells, prepare a hot chocolate, bundle up in a sweater, and let’s dive into this month’s Holiday Headlines.

This week, as a Holiday Super Special Cyber Sale, we’re offering 50% off our most popular Premium Virtual Workshops: 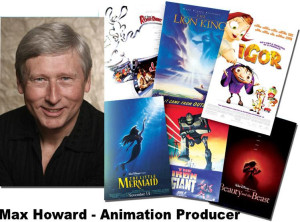 These are MASTER CLASSES from industry veterans on perfecting and selling your script, and pitching your animation project for film and TV.

Seminar events or media courses revealing this information would cost hundreds. Here you have these courses in the convenience of your home, and for as often as you want to replay them.

Watch your email for the links to purchase these workshops at a huge savings of 50% off and act fast, these cyber sales only last three days.
(Links below will also give you the sale price.)

This is the only time of year to get these essential TV training workshops at HALF OFF (PLUS all the bonuses included!), so give yourself the gift of vital industry insider Intel this year and grab the workshop that fits your needs. 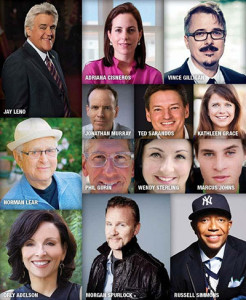 If you’re going to the NATPE conference at the Fountainbleu Hotel Miami Beach next month whether on your own or with our Hit Maker Tour, be sure to mark down Wednesday, January 22 at 9:30 a.m. on your calendar. That’s when Mark will be giving his talk as a speaker on the topic, “What is more important in a TV pitch; the characters or the concept?”.

Oh, and some of the other speakers at NATPE this year include these other ‘Rockstar’ characters… Norman Lear(All In The Family), Jay Leno, Vince Gilligan (Breaking Bad!), Russell Simmons and Morgan Spurlock.

Still haven’t registered for the conference? Yikes. It’s not too late. Here’s some details below. And it’s not too late to jump aboard our Hit Maker Tour. The first training session is Tuesday, December 16, so you’re just in time. 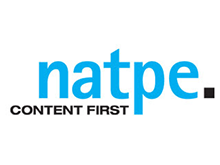 NATPE runs January 20th thru January 22nd, 2015 at the
Fontainebleau HotelMiami Beach,
Florida and is located right on the beach.

And again, Mark’s talk “Concept vs. Talent: Which Is More Important for Reality TV” is scheduled for Thursday, January 22nd in the morning. 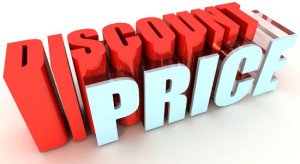 Here’s the site for registration:
https://www.natpe.com/market/register
Save $450 by using our discount code: SELLTV
The standard price is $1,150.

Next April brings the huge National Association of Broadcasters (NAB) conference to Las Vegas. This is the massive gathering of over 90,000 industry execs, engineers, artists, camera men, studio owners and crew – the ultimate broadcast destination of your production needs.

NAB Show is moving more into the creation space and we will be there to lead the way.

SellYourTVConceptNow will be staging and hosting a half-day interactive “PITCH TV BOOTCAMP” at NAB SHOW 2015 to help you perfect your pitch.

We are super excited about this new offering at NAB Show and will be providing you more information next month about how to register for the conference and the Pitch TV Bootcamp. Las Vegas in April sounds tempting enough, but now it will be even more enticing. 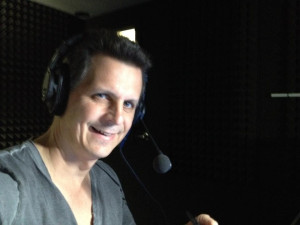 Those videos are now live at www.Lynda.com/MarkSimon.

8 of Mark’s videos are free for anyone to view. You need to have a Lynda account to see the rest.

Sure, there are thousands of great courses on Lynda, but do you really need anything more than Mark’s course to go there? 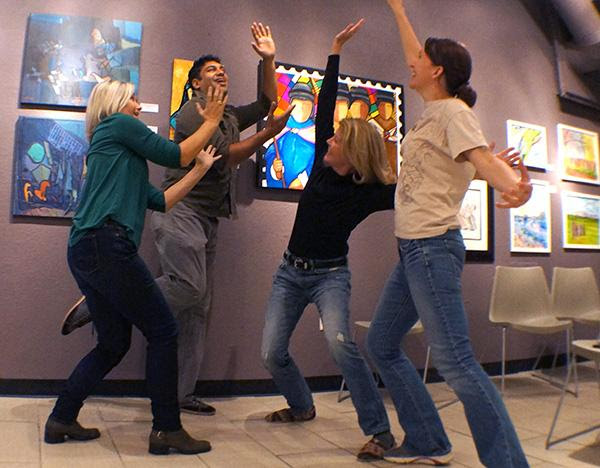 As if Jeanne’s not busy enough preparing Hit Maker Tour members for NATPE, Realscreen Summit and Kidscreen Summit coming next month, she’s been taking an improv class at the SAK Theater in downtown Orlando for the past few weeks and is set to graduate.

Besides being a load of fun, and sometimes scary as hell, Jeanne feels that improv training can be amazingly useful when pitching a show or interacting with executives. You’ve got to be quick on your toes and ready to react to anything in a scheduled or impromptu pitching situation. The same quick, creative and expressive skills that make an improv scene or sketch successful just might have the same effect impressing that exec during your big pitch.

Try it if they offer a class in your area.

Are you hooked on any of the new shows that premiered this past Fall? We’ve had our eyes on a few.

Mark is all over ABC’s Marvel Agents of S.H.I.E.L.D and CW’s The Flash. As he explains it, “It’s like a revival of my childhood with some of my favorite Silver Age comic book heroes, but on shows that don’t suck!” Comic book characters done campy had success in the past (witness the recent release of the original Batman series on DVD and Blu-ray), but more often they treated those characters campy + bad. Television finally learned from films that comic book characters done seriously can mean serious bucks.

Wayne’s been catching up with Mike Rowe’s (Dirty Jobs) new reality series on CNN, Someone’s Gotta Do It. “Mike has the kind of easy-going, good-natured personality that would work with any type of reality series,” Wayne reports. “You just want to spend time with him (hint hint to reality show creators). But this show is just him checking out odd businesses or interesting people around the country, such as a weird medical museum in Philadelphia or a world champion Barista (Mike likes his coffee). It’s the same kind of laid back Americana travelogue that Charles Osgood was so awesome at back on CBS. It was more entertaining to see Rowe literally get his hands dirty on some nasty job, but we’ll cut him some slack now that he’s graduated to tamer pursuits (though he did have to dust off the world’s largest preserved colon at that medical museum).”

Remember, it’s part of your job if you’re a show creator to keep up with the shows that are selling and airing.

And in quick Industry News this month, it was just announced that Netflix will be producing as many as 20 new series each year and premiering them continuously throughout the year. We love it. The market, platforms and opportunity to sell shows just keeps getting bigger and bigger.

Our Video Bites section this month is literally a video worth biting into. Mark’s Pancake Art cartoon video was so popular (110,000+ views) last time around that he had to try and top it with a Pancake Art Animation video. He posted it on YouTube and it went viral faster than you can say “Batter Up” (or “Batter Dripped Down” in this case).

But Happy Hanukkah and Merry Christmas, we’ve got it for you right here, guaranteed to put a smile on your face and a lick around your lips. 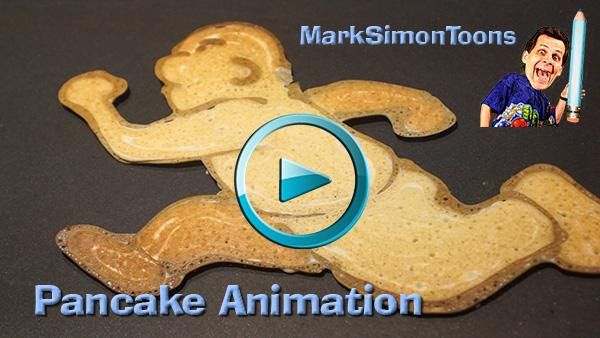 And if you’d like to see some reel animation, here’s a link to Mark’s animation website which has his latest demo sampler.

Again, click on the image to take you to the site where you can play the video. 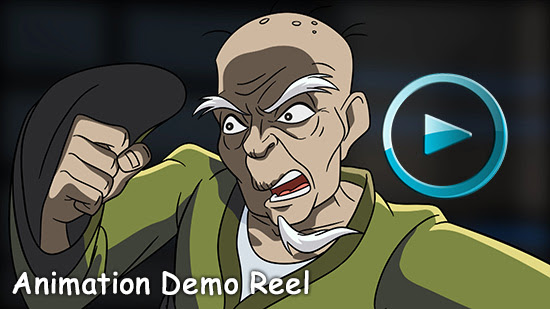 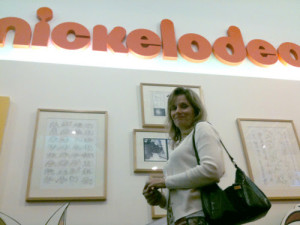 This month marks 20 years since the Nickelodeon hit show Clarissa Explains It All finished shooting its last episode. Can you believe it? We can’t either. Jeanne worked as a producer on that show and she can’t believe it.

“It’s hard to believe production ended on Clarissa Explains It All twenty years ago!,” Jeanne exclaims. “I can still remember plying Jason, who played Clarissa’s brother, with Milky Ways to get him through the longer scenes. Now Melissa Joan Hart is doing WalMart commercials. She looks great and she’s as funny as ever.”

This holiday season a very grown up Melissa Joan Hart and a svelte Anthony Anderson are busy hawking Walmart all over your television screen. No doubt Walmart is hoping to cash in on the fond memories of kids 20 years ago who are now the grown-ups and parents with money to spend in their pockets. 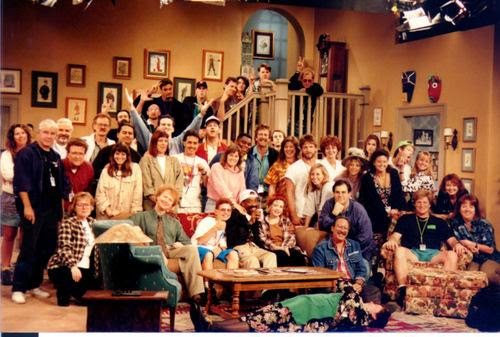 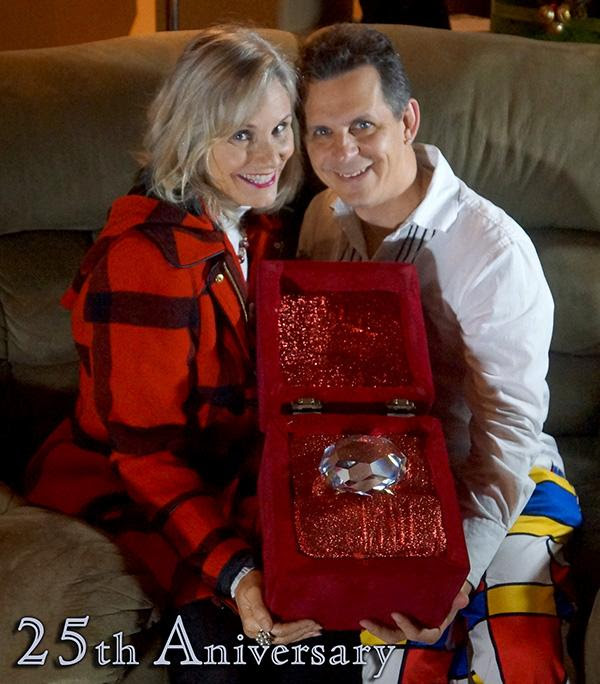 Silver Bells aren’t the only thing silver ringing this holiday season as we’ve also got a Silver Anniversary to celebrate.

That’s right, Mark and Jeanne tied the knot 25 years ago this month.

And speaking of rings, it wasn’t just any ordinary engagement ring. If you’re going to go big with a proposal, go big.
(Yes. That really is the ring Mark proposed with.) 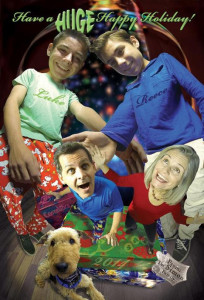 No matter what your faith or Festivus, this is a season of joy and sharing, and we are so joyful to have shared experiences with so many of our great client friends over the past year. Whether on one of our Hit Maker Tours to D.C., Canada, New York or Miami, or at our Hit Maker Summit here in Orlando, or just on the telephone working with you to help direct and energize your projects to help make them happen, it’s been a great ride.

We can’t wait to share more time and triumphs with you in the coming year. Please have safe travels, warm celebrations with your loved ones, some awesome holiday food, good luck with your college bowl teams, and plenty of laughs. Here’s a good one of Mark and Jeanne being dwarfed by their colossal growing twins, Luke and Reece.