The end of tax season in April is hopefully the beginning of a spectacular Spring to start planning new adventures and breakthroughs for you and your show ideas. Naturally, we have few suggestions in our Upcoming Events section below that could take you to the spectacular vistas of the Canadian Rockies at Banff or the golden beaches of Santa Monica, California. But now’s the time to plan ahead.

***PLUS, major TV conference discounts inside. Look for the Hit Maker Tour logo. 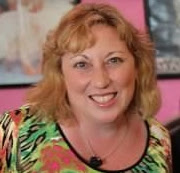 What does it take to get some real HEAT for your show ideas?

Start in sunny Miami Beach, where Lisa Horn just attended Kidscreen Summit as a member of our Hit Maker Tour. Oh, this wasn’t her first rodeo, as she likes to point out. She attended Kidscreen in New York with several show ideas the previous year, as well. But this time she came prepared to the max. She went back to the drawing board and, with the help she got from our team in the Pitch Perfect Program, put together much better treatments, one-sheets, character designs and most importantly, sharpened her pitches for better impact.

She also understood the arena much better, knew what to expect, had a more-informed notion of what executives were looking for – PLUS, she brought a deeper level of confidence. And the amount of interest she got this time around proved that upping her game was well worth it.

“Thanks! I can’t tell you how much it meant to be “on the tour” this year vs an “outsider looking in”. I gained so much insight, knowledge, and support – which was worth much more than I can express. It wasn’t my first “rodeo” but I had never felt as prepared with the most polished materials as this time.”
– Lisa Horn

BBC Children’s, Cake Entertainment, DHX Media, Corus Entertainment, 9 Story Entertainment, Hulu, Portfolio Entertainment, Penguin Books, and Breakthrough Entertainment were just some of the companies that bit on her freshly re-developed treatments and pitches for her shows, including a live-action series, Movie Girl, aimed toward pre-teen and early teen girls. 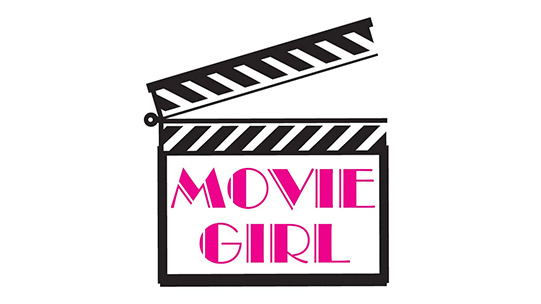 What are these companies hungry to see next in follow up? A script, of course.

So, combine Lisa Horn’s original concept with Jeanne’s vast Nickelodeon know-how producing such shows as Clarissa Explains It All, along with master scriptwriter Wayne’s story structure and dialogue skills and you have a great script collaboration. She’s now got a terrific script to go out to help seal the deal on the pitches and progress she made at Kidscreen.

We’re blown away by Lisa’s professional dedication to continue taking her creative visions to the next level with a steady and focused eye on the big prize. That’s how it’s done, folks.

Want to know how you get real HEAT for your ideas? Follow the Lisa Horn plan. 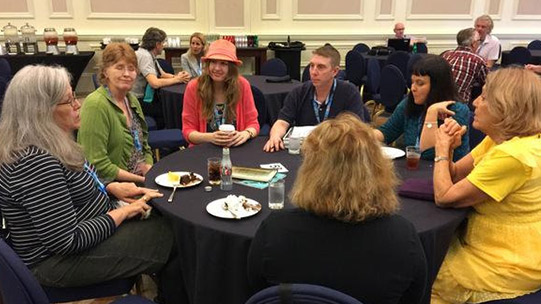 Here’s Lisa (in black with her back to us) at a pitch session with Marge Dean (far left), head of production for Mattel at the most recent Kidscreen Summit in Miami Beach.

If you get our emails, you already know we’re hosting a Pitch TV Bootcamp at NAB Show this week in Las Vegas. But the news of this event is also hitting the general business press, such as this piece in the Orlando Business Journal that we thought we’d share:

And here’s another: 1888 Press Release

Keep in mind, the NAB Show is one of the world’s largest events covering filmed entertainment and the development, management and delivery of content across all mediums. This really is big news!

As Mark explains in the article:

“We have partnered with all the major TV conferences over the years. We’ve produced TV pitch events and deal with network executives throughout the year, so we know exactly how to approach them and what they want to see.”

To sign up for the Pitch TV Bootcamp, the fee is only $80 for the Bootcamp plus $25 for an NAB Show Exhibits-Only pass. Mark and Jeanne would love to meet you in person. Just click on the image below for more info and to buy your ticket.

There are two big television conferences this summer you should consider if you’re ready to get your feet wet and start pitching your show, or you want to build on momentum you may have already from attending a previous conference.

Realscreen West is a major West Coast conference for pitching your non-fiction show idea including reality and game shows and documentaries. This conference runs June 1-3 in Santa Monica, California at the Fairmont Miramar Hotel.

Banff World Media Festival is an even bigger conference for pitching all types of show ideas for the U.S. and internationally and is set in the staggeringly beautiful landscape of the Canadian Rockies at the Fairmont Banff Springs from June 7-10.

So who can you expect to run into at a conference such as Banff, and who makes sense for pitching your show to?

How about some of these people…

So think about joining our Hit Maker Tour to dramatically increase your odds of success at one or both of these conferences. We’ll be on site to support you with meetings we set up with top network and production company execs and we’ll make sure your prepped for your pitch with pre-conference training.

Below are details about each of the conferences, as well as, discounts we’ve arranged to make available to everyone on our email list. No purchase from us is required to use the discounts.

** Fee for Hit Maker Tour does not include conference registration fee or travel expenses.

When: June 1-3, 2015
Where: Santa Monica, California at the Fairmont Miramar Hotel
Registration Fee: $925
Sell TV Discount: Use our code RSWSYTCN to get the lowest rate possible. (Expires April 24th)
Shows to Pitch: All types of non-fiction, factual shows including game shows, documentaries and reality show

** Fee for Hit Maker Tour does not include conference registration fee or travel expenses.

Want to find out more about the conferences, how to register or sign up for a Hit Maker Tour? Go to this link: www.HitMakerTour.com

INFO YOU CAN USE 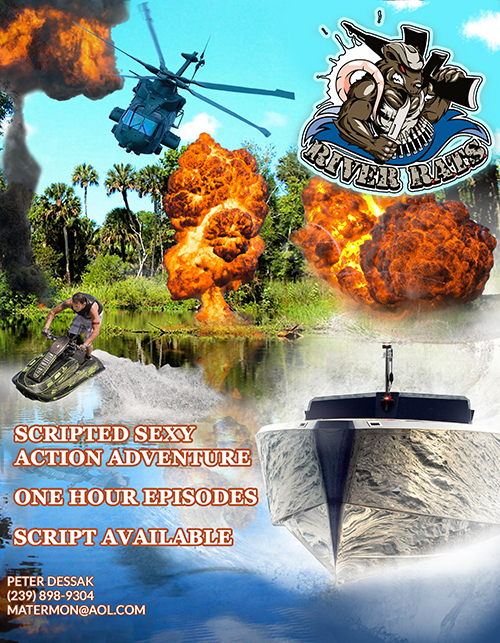 The most important thing you can take to a pitch meeting (besides yourself) … is a 1-sheet.

A 1-sheet is a memorable visual leave-behind that reminds those you pitched to about your show and its most marketable qualities.

Two key conferences are coming up in the next few months (see previous section). If you have any plans on attending any one of these conferences, or a conference in the future, or have any meetings scheduled… you need a 1-sheet.

Industry insiders and execs aren’t going to hold your hand and tell you what you need to sell them your show.

You need to make as bold an impression as possible in follow up to your pitch.

Check out a visual gallery of one-sheets we have designed on our updated website. 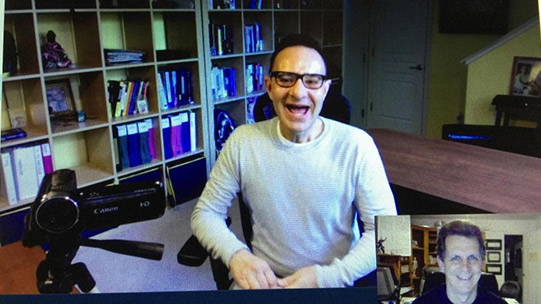 “The Key,” the animated short Mark wrote and directed to showcase Toon Boom software continues its winning ways (it already won a Telly Award), taking Mark to Houston this month to personally accept an award at the WorldFest Houston film festival.” 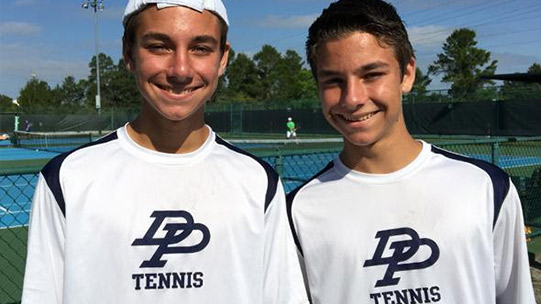 Luke and Reece Simon made some winning headlines of their own this early Spring helping take their Dr. Phillips High School Tennis Team to a 12-2 record in only their freshman year, and then going with the team to District finals. What an outstanding debut season!

With Luke and Reece rocking an awesome tennis season as freshman at their high school, how could we not have been glued to the Miami Open tennis tournament? This could be a preview of coming attractions for our dynamic duo.

One thing became very unfoggy about watching HBO’s highly-publicized documentary Going Clear on the Church of Scientology – this is one very intimidating organization created in the mind of a pulp science fiction writer who decided to fashion his own tax haven religion. Big celebrities such as Tom Cruise and John Travolta have been key assets to promote the intentions and activities of Dianetics and Scientology, while others have been hounded and discredited if they ever try to leave the fold. Make your own judgements about the merits or beliefs of the late L. Ron Hubbard’s legacy, but it truly makes for one fascinating story.

Wayne has been catching the new limited (13-episode) series Bloodline on Netflix with a great cast that includes Kyle Chandler, Sissy Spacek, Sam Shepard, Ben Mendelsohn, Linda Cardellini and Broadway star Norbert Leo Butz. It’s the ultimate bad brother returning to the family fold, but with a production spectacularly set and filmed in the Florida Keys (Islamorada Key, to be exact). Show-runners for the FX series Damages (which ran five seasons) put this one together, and it’s a slow burn, but amps up to some chilling confrontations and heavy events toward the end. And it’s a good example of the kind of tense dramatic fare these binge-worthy online providers such as Netflix, Amazon and others are looking for, buying and packaging.