It’s April but there’s no fooling around; next week we’re having another can’t-miss FREE Virtual Workshop…

For more information or to REGISTER NOW, click here:
https://rt133.infusionsoft.com/app/page/pitchnetworkexecs. 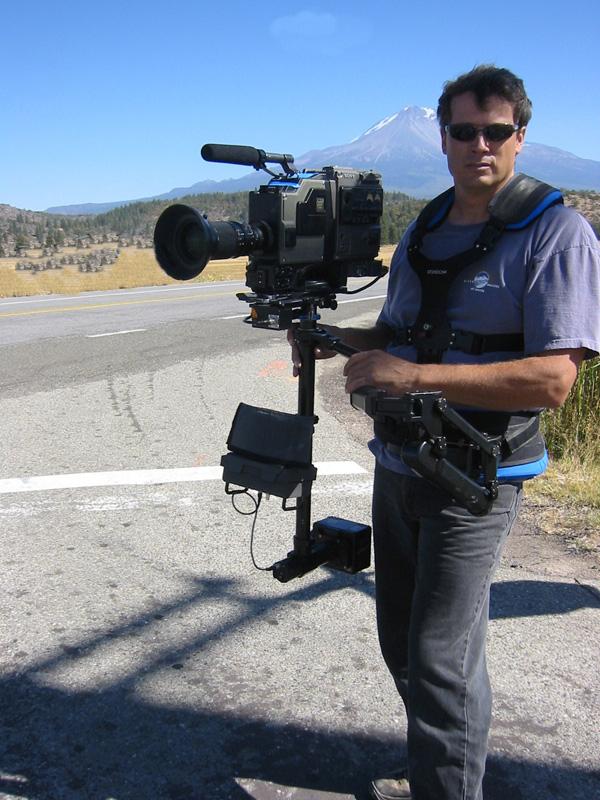 What’s more exciting than rafting down a level 5 whitewater rapid river or adventure racing via foot, mountain bike or kayak through some of the most unforgivable terrain on the planet?

How about having TWO series you created about such events airing on television right now?

We’re beyond thrilled to congratulate our client and good friend Doug Stanley, who’s had, not one – but TWO series sold and picked up for full runs and now airing on MAVTV on Wednesdays and Thursdays (checking listings). 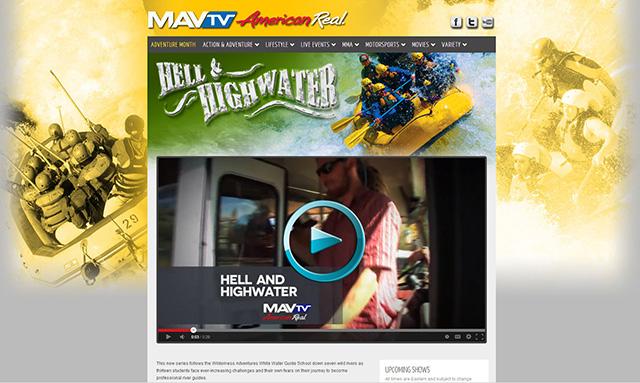 (click on image to take you to video clip).

Hell and High Water is a make-it-or-break whitewater rafting guide boot camp that pushes guide candidates beyond their limits of skill and physical exhaustion on ten of the most extreme river rapids at the Wilderness Adventures Whitewater Guide School. Doug came up with the idea based on his past experiences as a whitewater rapid guide, and he is not only the executive producer of the series, but stars in it, as well. Get a taste of the wet and very wild on this short clip.
http://www.mavtv.com/shows/hell-and-high-water.html 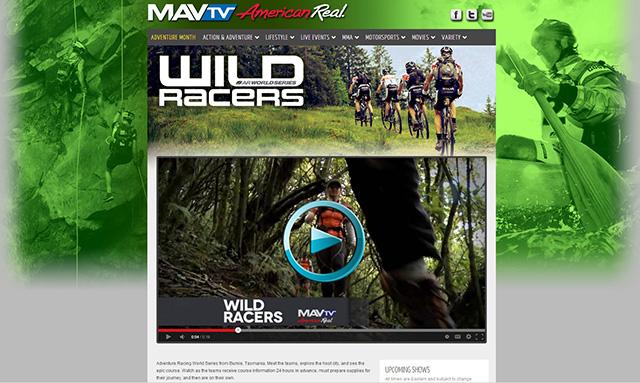 (click on image to take you to video clip).

Wild Racers features elite (but crazy) adventure race teams from the U.S., U.K., South Africa and New Zealand competing without any support crews through some of most dangerous terrain in countries such as New Zealand, Tasmania, Costa Rica, Ecuador, South Africa and Switzerland. It’s thousands of miles of hard-core mountain-biking, kayaking, hiking, running and logistical challenges. The body cam views and aerial footage are stunning, and showcase the unique story-telling visual skills that creator and executive producer Doug has developed during his many years as a director of photography for Deadliest Catch on Discovery. Catch a peek of some wild racing here:
http://www.mavtv.com/shows/wild-racers.html 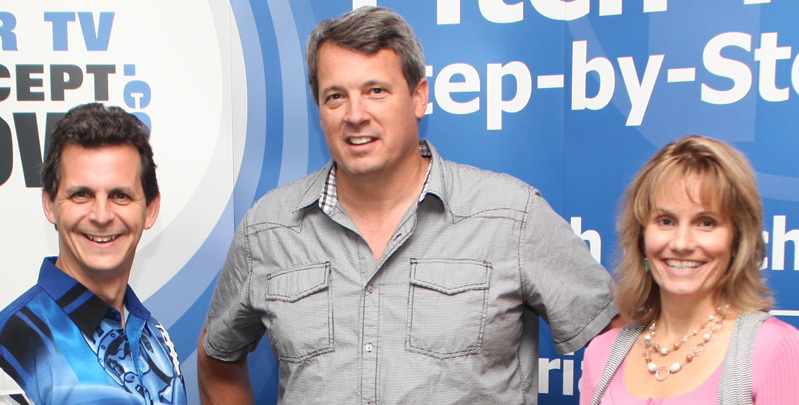 Many of our clients know Doug from some of our Hit Maker Tours, where he was a mentor.
Now, he’s also shown all our readers just how possible it is to turn the subjects and ideas you are most passionate about into thrilling reality…

We should have some more big news soon from our clients who were promoting their shows at the television conferences this past Winter. Stay tuned.

The next big conferences are just around the corner and we’ve got two Hit Maker Tours gearing up to take advantage of these great opportunities.

Realscreen West runs June 4-5 in Santa Monica, California. This is the vital reality show conference where Doug pitched many of his shows, including the ones above. Here’s just some of the networks, agencies and companies that will have development representatives on hand:

But don’t worry. We also have an EXCLUSIVE SYTVCN DISCOUNT CODE that can also save you money. (Good for a while, but don’t wait too long).

Call us at 407-352-2544 to get this exclusive code and to find out more about our Hit Maker Tour to mentor you through this conference.

Or check out more information about the Tour here:
https://www.sellyourtvconceptnow.com/hit-maker-tours/

Private exclusive meetings, personal introductions, expert pitch prep and orientation – there is no better way to get a leg up on this conference.

The BANFF World Media Festival runs June 8-11 in Calgary, Canada with breathtaking view of the Rockies and offering face-to-face meetings with more than 150 development executives including:

Here’s the site for more information and early registration: http://banffmediafestival.com/about-banff/

But don’t forget we’ll also be doing a Hit Maker Tour to BANFF in June, which is the absolute best way to go in getting expert pitch preparation, exclusive meetings, personal introductions, and much more.
Call for more information at: 407-352-2544

Or check out more information on the Hit Maker Tour at:
https://www.sellyourtvconceptnow.com/hit-maker-tours/

Remember the Little Rascals… Spanky, Alfalfa, and Buckwheat? Raise your hands (if you still can) because that means you’re one dodgy old codger. 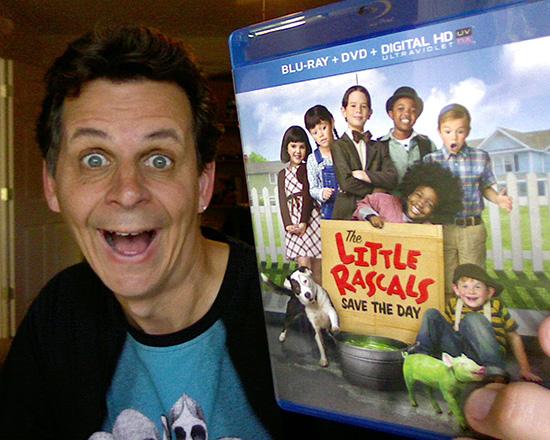 But Hollywood is now re-introducing a fresh cast of those loveable Little Rascals to a whole new generation, and one big rascal Mark was a part of it. The Little Rascals Save the Day just came out on DVD and Blu-ray.

Mark designed and produced the opening credit sequence and his head animator Willie Castro beautifully recreated the throwback look which harkens back to the animation style of the 30’s when the original film shorts were produced.

Mark also did all the storyboards and animatics for the film, and many of those animatics are a featured extra on the Blu-ray edition only. So pick that up if you want to see behind the scenes on how animatics are also used in live-action.

“This is the fourth movie I’ve done with Alex Zamm, the director,” Mark explains. “We were trying to create a timeless feel to the piece that was reminiscent of the original, using some of those classic comedy bits, but with a fresh look and appeal. The movie aims to turn on new fans of Little Rascals, but also put a big smile on the faces of the original fans who remember the antics of these loveable characters from their misspent youth.” 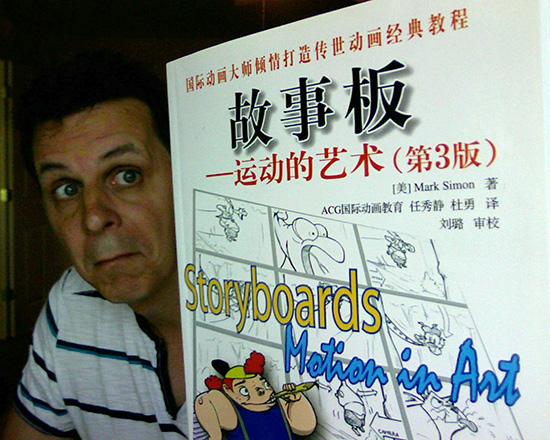 Mark’s book Storyboards: Motion in Art just came out in a new language version of … ?

Well, you tell us, because so far we don’t have a clue.

What language exactly is this? We get that it’s somewhere in the Far East, but there are scores of languages over there. Fortunately, storyboards speak the international language, which is that every picture tells a story.

But if you have a clue (or just a good guess), please email us at team@www.sellyourtvconceptnow.com
And for the first person who gets it right (and we’ll have to confirm this with the publishers), you’ll win a FREE 15-MINUTE STRATEGY SESSION with Mark or Jeanne on your show idea. Along with your language guess, please include your name and phone number in the email body so we can confirm and schedule your session.

Chances are you might have already heard the friendly voice of our new Executive Assistant, Denyse Taylor, who is handling customer support and scheduling, including coordinating those all-important evaluations.

“I love talking to creative people,” Denyse explains, “And most of the people I’m talking to are everyday people with great ideas who want to see what can happen to those ideas. They’ve come to the right place.”

Denyse feels like she’s come to the right place, as well. She previously worked in the construction world where she was all hands on deck as an onsite supervisor in the construction of Dunkin Donuts locations in Orlando. “You have to be very organized, detail-oriented, take notes and follow through to succeed,” she explains. It’s the same type of skills she’s bringing to the enormous variety of tasks she’s taken on here.

“I love my job,” Denyse enthuses. “I tell Mark and Jeanne that God listened to my prayers and gave me one of the most enjoyable jobs ever. I had looked at their website prior to meeting with them, and now understand how they have taken their experiences over many years and are giving back to so many, and that super impressed me.”

Denyse gives a lot back through her work in underprivileged areas with the Open Arms Ministry in Orlando, working with Pastor Eric Florence, who she describes as one of the most unbelievable people she has met in her life.

The other six most unbelievable persons in her life are her grandchildren, ranging in age from 16 months to 22 years. Her and husband Clay have their hands full when babysitting duties come around, which they often do, and she is gladly willing and grateful to oblige.

She sums up her life with the same positive spirit and message she often imparts to clients at the end of one of her friendly phone conversations… ‘Blessed.’