The NATPE and Realscreen Summit Winter conferences are over, but the excitment continues to build as all-important follow ups to the literally hundreds of contacts made go on, and some potential very big deal announcements are set to emerge.

This “Special Edition” Hit Maker Headlines newsletter will present a whirlwind photo album of the people, stories, headlines, and buzz that go along with them. These conferences were both spectacular events for all our Hit Maker Tour members, and we couldn’t be more pleased for the progress they made on selling all their shows. 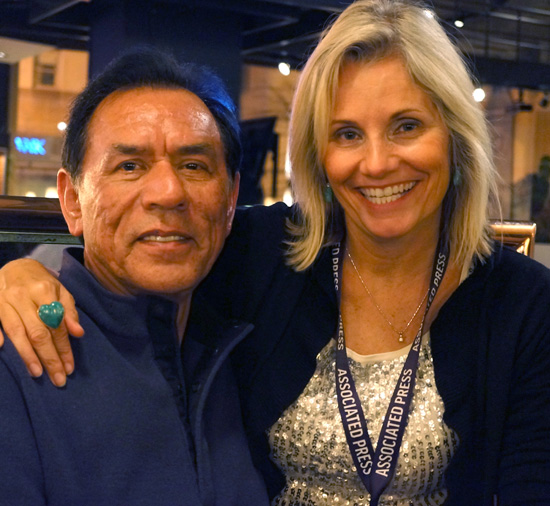 You no doubt recognize the great actor Wes Studi from dozens of movie roles including “The Last of the Mohicans,” “Dances with Wolves,” and “Avatar.” Here he is with Jeanne, who had been consulting with his company prior to the Realscreen Summit on a series about his beloved New Mexico. And on the Hit Maker Tour at the conference they scored an hour and a half meeting with the History Channel. Stay tuned! 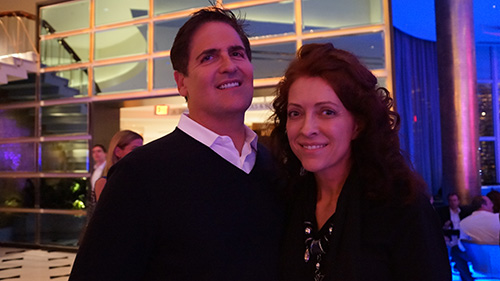 “Shark Tank” star, multi-millionaire entrepreneur, and Dallas Mavericks’ owner Mark Cuban was the keynote speaker at NATPE this year, promoting the continuing dominance of television as the primary source of content, with all social media outlets still serving support to that model. With him is Hit Maker Tour member Angela Oberer, who had a phenomenal conference, making literally hundreds of important contacts (over 400 at last count) and already landing a serious follow up meetings for her half hour ‘funeral comedy’ in L.A. Stay tuned! 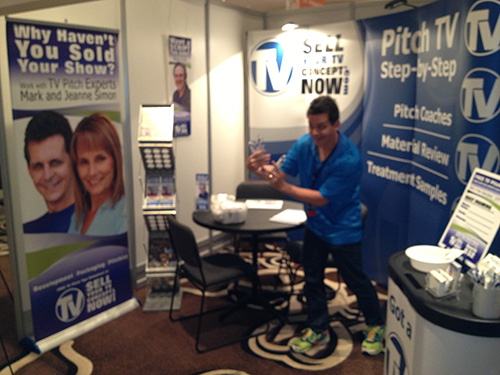 The SellYourTVConceptNow.com booth at NATPE was a constant hive of activity, a meeting place for Tour members and their contacts, and site of some “Live Pitch Critiques” given to contest drawing winners by Mark, who, in less than five minutes, gave conference attendees significantly more effective pitches for their own shows. 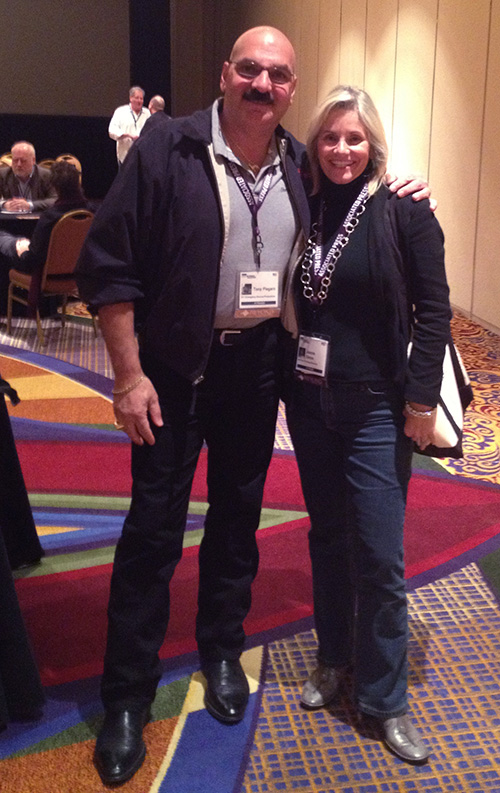 Realscreen Hit Maker Tour member Tony Piegaro had a blockbuster time not only landing interest in his high action reality series, but attracting significant network level interest in himself as an onscreen personality appearing in other shows. Stay tuned! 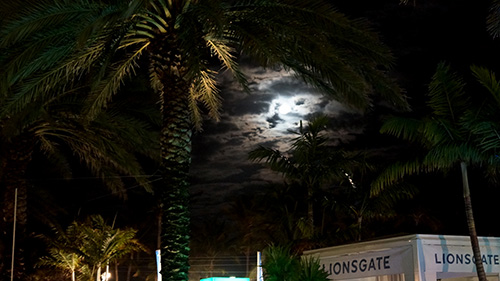 The opening pool party at NATPE showcased the spectacular Miami setting at the Fontainebleau Hotel, with a full moon hovering overhead (here artistically obscured by clouds), and a non-stop buzz of networking activity below.

But the REAL action at NATPE was more often at the Bleau Bar inside the hotel, where network execs and industry heavyweights lingered around taking pitches and making contacts in a more ’lubricated’ environment. This is where Mark Cuban hung out long after his talk, and where things really didn’t start cooking until after 11 p.m. 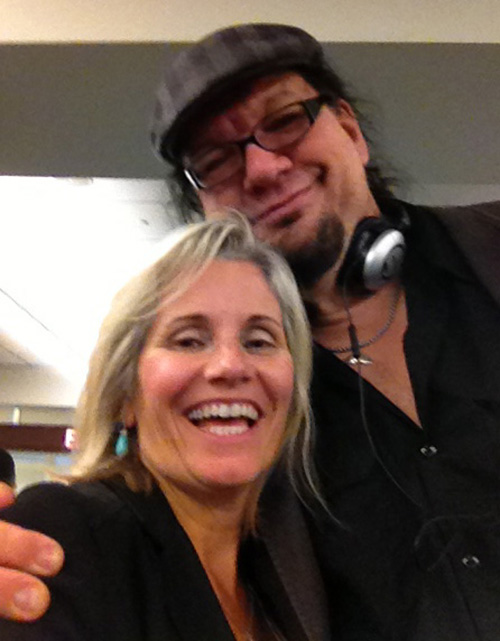 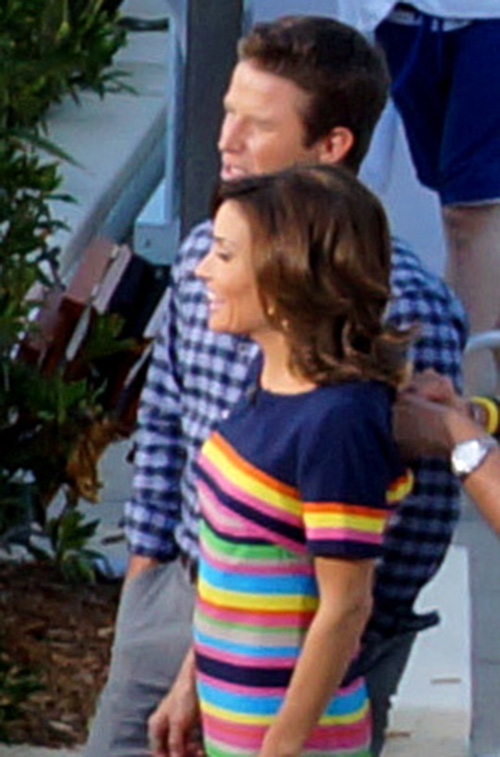 Celebrities aplenty were on hand at both Realscreen and NATPE. Here’s Jeanne under Penn Teller’s magic grip, and Access Hollywood’s Billy Bush doing that show’s broadcasts from the Fontainebleau at NATPE. 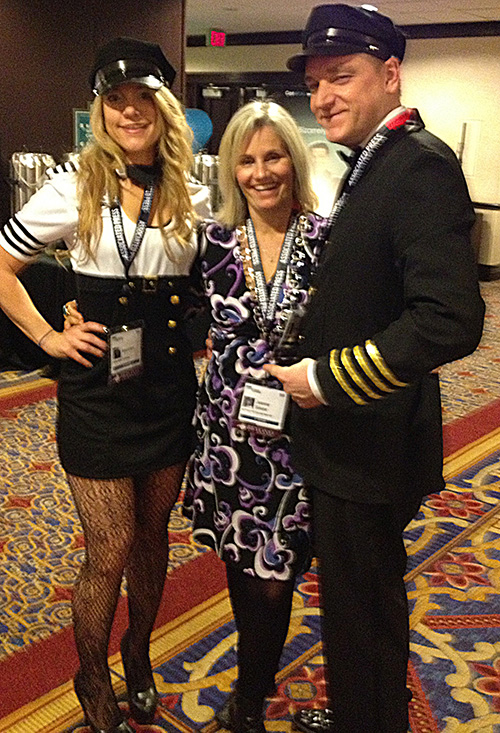 Realscreen Hit Maker Tour members Stacey and Allen get last minute advice from Jeanne (center) as the y ready for take off with their behind- the-scenes show about the Chicago Party Bus.

LOST creator Damen Lindeloff and The Walking Dead‘s showrunner Glenn Mazzara are featured in another panel show on television. 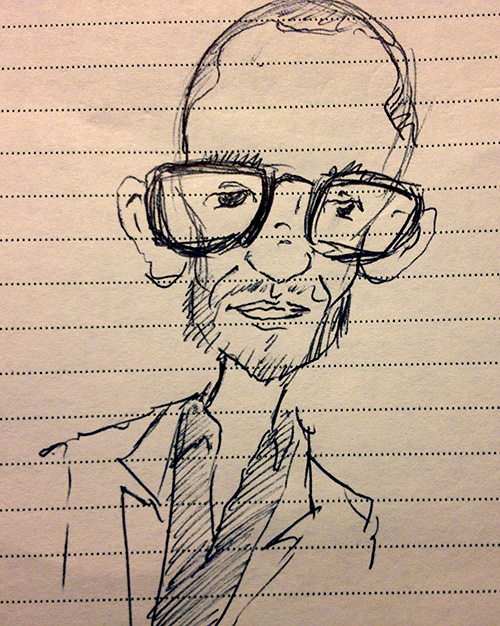 Mark drew this sketch (left) of Lindeloff while listening to their panel discussion. 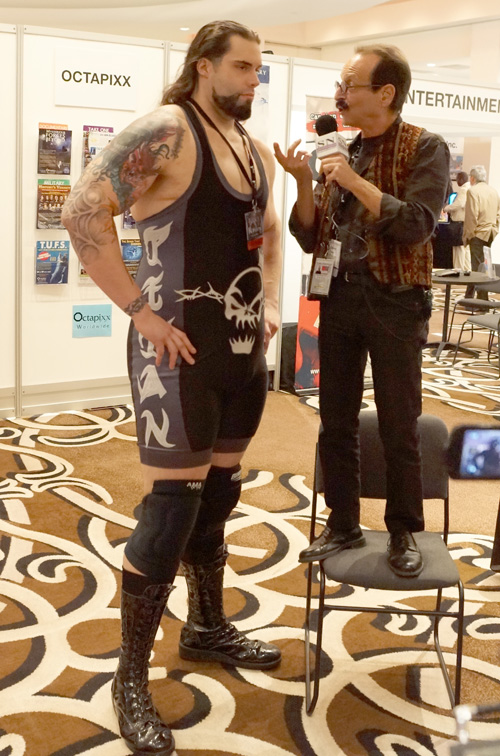 Sometimes an interviewer has to improvise. 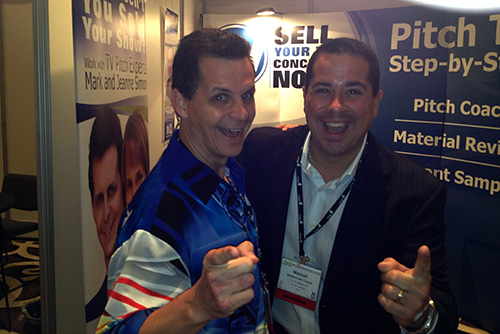 Mark with magician and star of a Spanish children’s show, Shabum, a client who increased and expanded his show to satellite networks and just sold the series at NATPE to Telemundo. Wahoo! 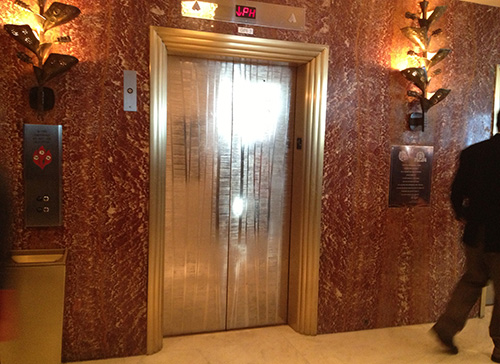 Why a picture of an elevator? You’d take one, too, if you delivered two remarkable pitches inside there just going between floors in a matter of seconds. Mark pitched a series based on the Baldo comic strip to a mult-stations syndicator on one trip, and his reality series Funny Business to the Senior Vice President of Development from A&E on another ride. Both gave cards and expressed interest. That’s how you make an elevator… magic. 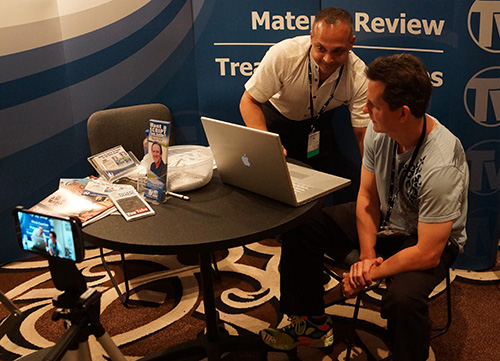 Animation director and Mohawk college professor Atul Raol and Mark deliver a live lecture via webcast to an audience of his students back in Canada. 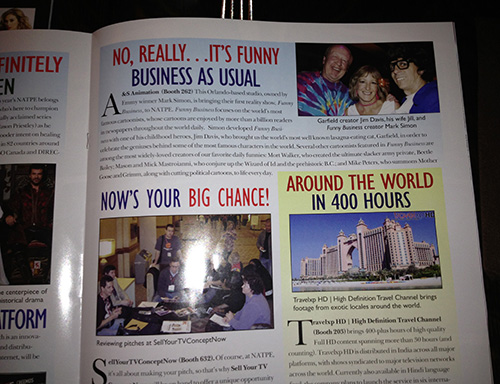 Publicity rules! Especially if you get two articles in the opening day edition of the NATPE paper EXTRA! EXTRA! The first promotes Mark’s reality show Funny Business with Garfield creator Jim Davis, and the next picture down left promotes the Live Pitch Critiques contest at the SellYourTVConceptNow booth. 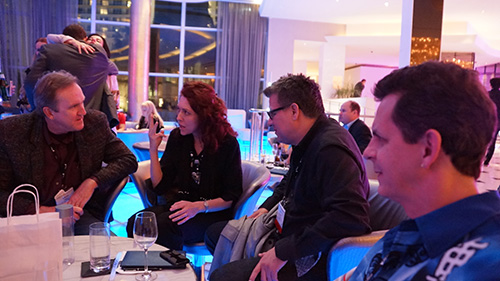 Wayne and Angela work the Bleau Room with a Lionsgate producer (who is currently doing an animated series with Sylvester Stallone) as Tour mentor Mark looks on approvingly. 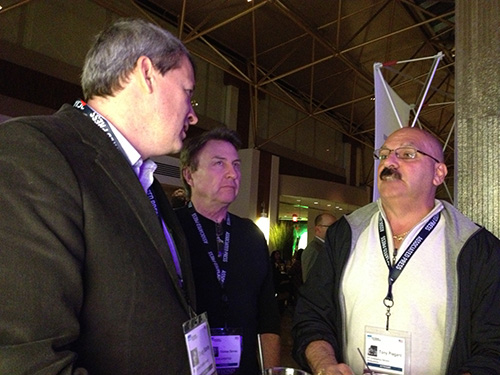 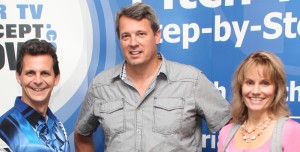 Doug Stanley (center left), producer of Discovery’s top-rated show Deadliest Catch, and a Tour leader/partner for SellYourTVConceptNow.com was at Realscreen (left, with Tony Piegara and investor) pitching more than 30 shows. And he will once again be our Hit Maker Tour mentor for Realscreen West this summer in L.A. So get your packages and pitches together, get ready for the big summer conferences and… STAY TUNED to come aboard! (HitMakerTour.com to register)

They live on at our archive site for you to visit any time for free!